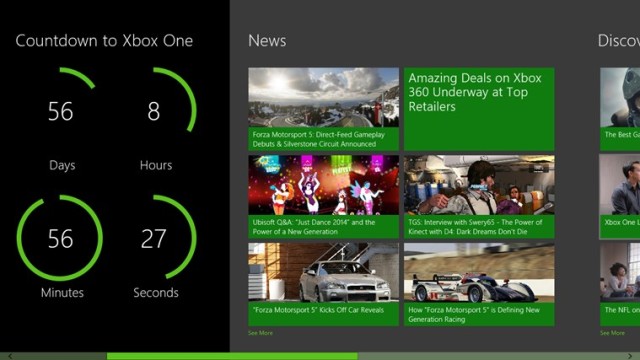 We have been wondering if Microsoft would launch an app for Windows 8 that would help promote the release of the Xbox One, and now that day has come. The company has quietly added what's being called the "Microsoft Store’s Xbox One Countdown app" in the Windows Store.

As the app's name implies, it features a countdown clock which ticks off the days, hours, minutes and seconds before the official launch of the Xbox One on Nov. 22. It also offers news, features and videos from the company's Xbox Wire website as well as an option to find the nearest Microsoft Store retail location.

So far, Microsoft has not announced any plans to offer playable demo units in its store locations, although you can look at a Xbox One console, Kinect sensor and controller under glass at their retail stores right now. Neowin has emailed Microsoft to see if it will be adding real playable demo Xbox One units in its stores; this article will be updated if a response is received. Sony recently announced it will offer playable PlayStation 4 demo units across the U.S., starting with select Sony Stores and expanding to include GameStop, Walmart, Target and Best Buy stores in the coming weeks.