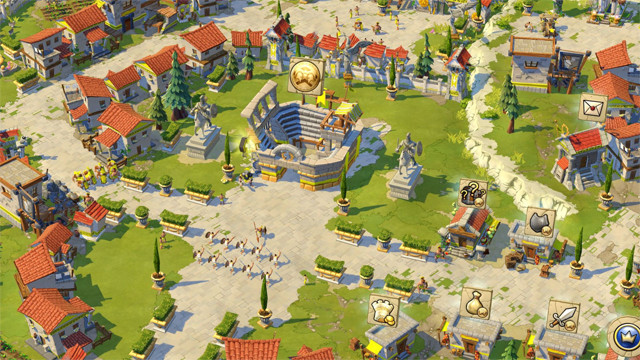 Microsoft's "Age of Empires Online" could be coming to the iPhone and other smartphone platforms.

Microsoft will reportedly bring Xbox and PC games to Apple's iPhone, devices using Google's Android operating system and "other smartphone platforms" later this fiscal year through a partnership with a third-party developer, though the scope of the agreement has yet to be revealed.

According to a report by Reuters, Japanese developer Klab will bring the games to Apple's smartphone as well as Google's Android operating system. Reuters cites The Nikkei, a Tokyo stock market outlet, as the source of the news. Microsoft has yet to announce "Age of Empires" for its Windows Phone, Windows RT or Windows 8 operating systems, and the report doesn't indicate whether the game could eventually come to those platforms.

Neowin has contacted Microsoft to verify the report's authenticity; this article will be updated if a response is received.

Update: A Microsoft spokesman issued the following statement to Neowin confirming "Age of Empires" will be coming to both iOS and Android devices, and a Windows Phone version will be released in the future:

Today, KLab Inc. announced a licensing agreement with Microsoft Corp. to develop a mobile version of Microsoft Studio’s “Age of Empires” franchise, which will be initially developed in English for iOS and Android and launched globally, with plans to release the game in other languages and on Windows Phone in the future. Some reports included incorrect information about additional Xbox Live-based games on iOS and Android but there are no further announcements beyond “Age of Empires” at this time.