Earlier today, we reported that Apple's long-rumoured-never-seen iWatch is apparently still on the cards, and set for release next year. But over in Redmond, it seems that Microsoft is getting serious about its own smartwatch too, if the latest reports are correct.

Back in April, it emerged that the Xbox development team had been working on smartwatch prototypes for over a year with numerous prototypes having already been produced. It was said that the Xbox team were behind the project as it had spun off from original plans to create a wearable heart monitor accessory for the Xbox 360, known as 'Joule'. 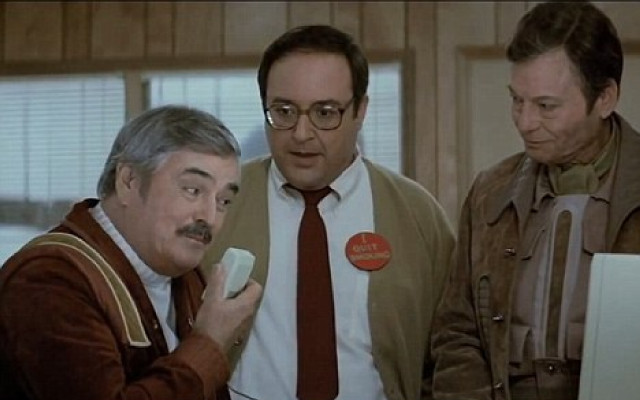 Transparent aluminium: you have Scotty to thank for that

According to AmongTech, its sources have indicated the company has advanced its plans further since then, revealing new details about the device. It's said to be manufactured using an exotic material known as aluminium oxynitride, an 'optically transparent' ceramic that's around four times harder than glass, and almost as tough as sapphire. That said, it's also an extremely expensive material; whether that casts doubt on the claims, or simply indicates that the device will carry a high price tag, remains to be seen.

The device is said to run an 'adapted' version of Windows 8, with some prototypes featuring 6GB of onboard storage and 4G LTE support. It doesn't have to be tethered to a handset to operate, unlike Google Glass, but it will be able to interact with handsets.

Additionally, colourful removable wriststraps will be offered, with blue, red, yellow, black, white and grey options listed. Over on The Verge, their sources have corroborated that much at least, adding that development responsibility has now shifted from the Xbox team to those responsible for Microsoft's Surface devices.

Source: AmongTech via The Verge | Image via Paramount Pictures