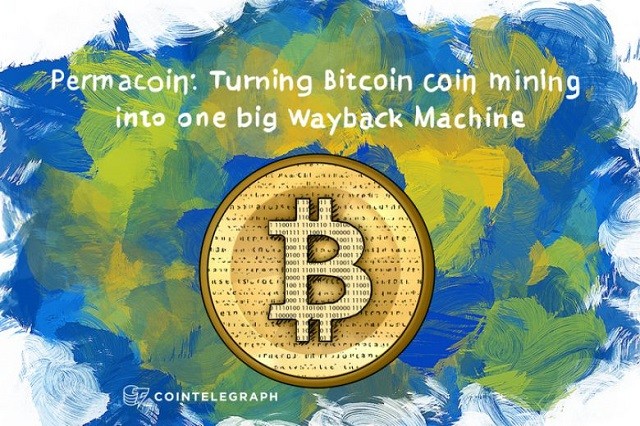 Microsoft Research has teamed up with the University of Maryland to propose Permacoin, an actually useful alternative to Bitcoin.

The virtual currency Bitcoin is minted, or rather created, by solving mathematical puzzles. These take up a huge amount of computing power and resources. Unfortunately, due to the security models involved in Bitcoin, that computational power simply goes to waste instead of creating something useful.

Now Microsoft Research, alongside the University of Maryland, has published a whitepaper describing how the resources used in mining Bitcoins could be repurposed to mine, or rather store, a new digital currency: Permacoin.

Permacoins would be generated when users store archival data downloaded from a huge data pool. Mining permacoins would rely less on computational power and more on storage space. The data stored would then be checked for availability and cohesion and the user would be awarded permacoins per his, or her contribution.

There are also extra security features added to make sure the data wouldn’t be offloaded to a cloud storage system, or compromised by someone attacking the Permacoin network.

The whole idea is that the data stored would be public archival data, useful for humanity as a whole. The hardware and storage investments would create value in the real world by securing and distributing data in a de-centralized, widely available system. The information would then be secure against all sorts of threats.

While this is still only a proposal, the idea of Permacoins also offers us a glimpse into a future where digital currency could be tied to real-world value, and users offering up their computational power and storage space to create something useful would be rewarded for their contributions.