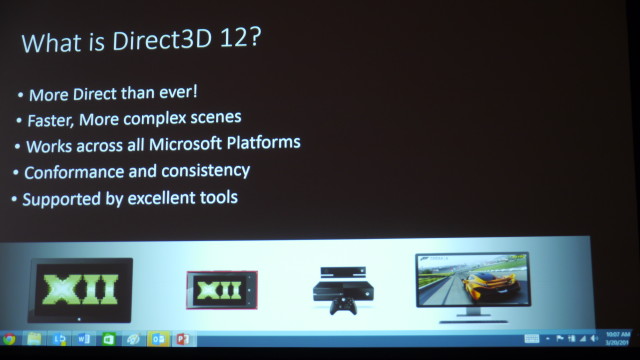 As Microsoft promised earlier this month, the company has revealed the first official details on DirectX 12, the next major update to its graphics API, during a session at the Game Developers Conference today in San Francisco.

According to the live blog of the event over at PC Perspective, DirectX 12 will be able to work across all of Microsoft's platforms, including Windows, Windows Phone and the Xbox One. Indeed, the company said that DirectX 12-based games will get a performance boost when they are made for Microsoft's latest game console.

As rumored, DirectX 12 will allow for developers to get lower level access to hardware and will spread the workload on the CPU and GPU so that their threads are better balanced and as a result increase performance. 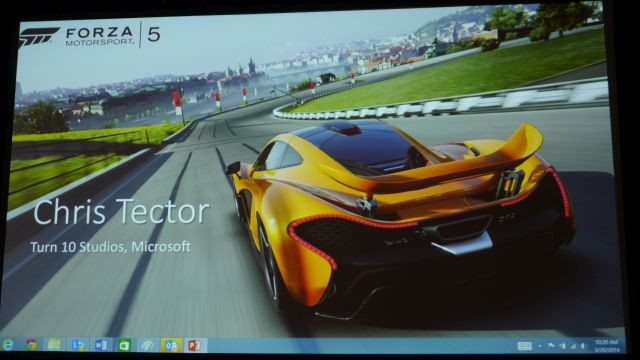 Turn 10 Studios has already ported their Xbox One launch title Forza Motorsport 5 to DirectX 12, using a four man team that took four months to get the game running on an PC using NVIDIA graphics at 60 FPS; Xbox One will see a significant performance boost for games using DirectX 12 as well.

Intel, NVIDIA AMD and Qualcomm have all pledged their support for DirectX 12. Intel says the API will work with their fourth generation Core "Haswell" processors at launch. NVIDIA will also support DirectX 12 with its graphics chips based on their Fermi, Kepler, and Maxwell designs, as well as future products.

Update: Microsoft has posted up a new blog with some more technical DirectX 12 details along with a blog from NVIDIA. Microsoft has also set up a site where game developers can sign up to be considered for the DirectX 12 early access program.