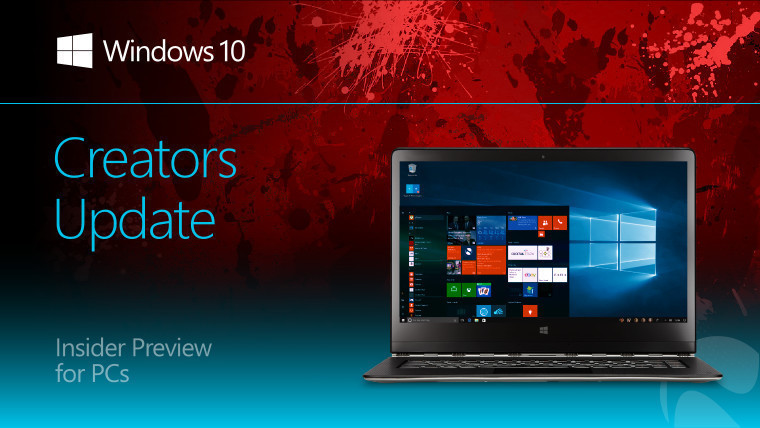 Less than a week after Microsoft rolled out build 14986 of the Windows 10 Creators Update to the Slow Ring, and after announcing that the Insider Program was taking a break for the holiday season, reports have surfaced that the company has pushed out a cumulative update for that build, bringing it up to 14986.1001. 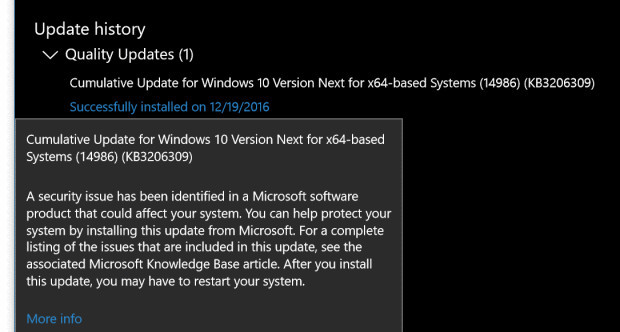 According to the reports, it is a security update of which details can be seen in the above screenshot, and while there's still no KB page explaining the update, a restart is required after installing KB3206309. Initial reports indicate that there are no new features included with the update, which isn't at all surprising, given the tiny increase in build number. 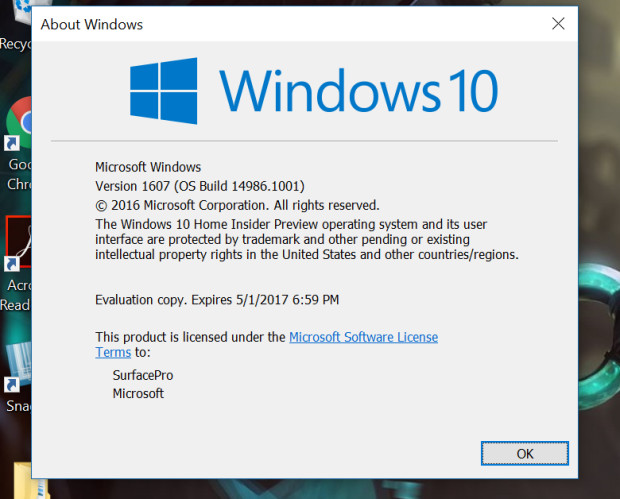 Dona Sarkar also hasn't mentioned anything on her Twitter account relating to the update, but we'll keep an eye out if the KB page is added, or an official announcement is made regarding the cumulative update.

Thanks to PUC_Snakeman for the tip!