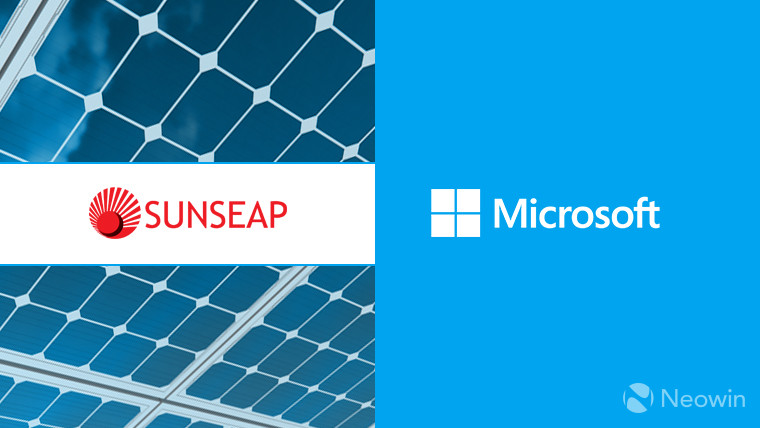 Microsoft has just announced a partnership with Singaporean renewable energy company Sunseap, its first such partnership in Asia.

Via the agreement, which spans the next two decades, Microsoft will purchase 100% of the output of Sunseap's new 60MWp (megawatt-peak) solar power installation. Bolted to hundreds of rooftops across Singapore, this is the largest project of its kind in the country, and will be used exclusively to power the Redmond giant's local datacenter.

Kevin Wo, managing director at Microsoft Singapore, had this to say about the agreement:

"Our cloud services are helping to power Singapore’s digital transformation, and today’s agreement will ensure that transformation is increasingly powered by clean energy,”

“We’re proud to work with Sunseap, the leading solar provider in Singapore, to support the growth of the local clean energy economy. With the agreement, Microsoft will improve the sustainability of our local operations and make important progress toward our corporate sustainability goals for datacenters.”

The Sunseap partnership constitutes the peak of nearly three decades of investment in Singapore by Microsoft, chief among which is the Southeast Asia datacenter. This is also the third international clean energy agreement made by the software giant, following those with GE in Ireland and Vattenfall in The Netherlands.

According to Christian Belady, GM of Cloud Infrastructure Strategy and Architecture, the company is "on track to exceed our goal of powering 50 percent of our global datacenter load with renewable energy this year". The goal that is being referenced was outlined back in 2016, with Microsoft wishing to hit 50% datacenter renewable energy power by the end of 2018, and 60% "early in the next decade".