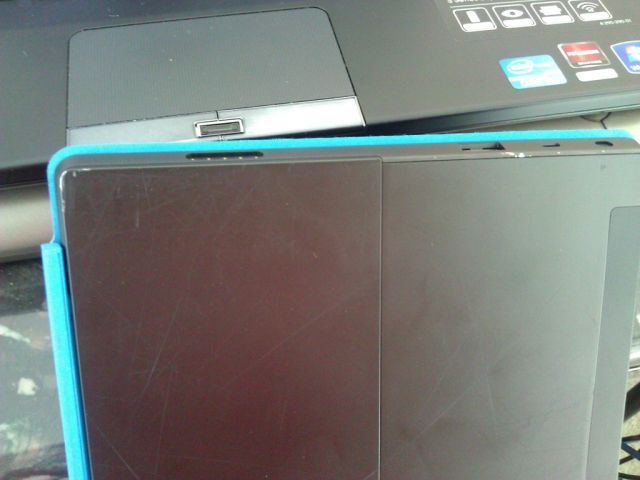 We have already reported that Microsoft has tested its new Surface tablet extensively in terms of its durability. In its test labs, it dropped the Windows RT tablet from 30 inches onto a hardwood floor with no issues. But what about a "test" that's just a little bit tougher?

The Next at Microsoft blog pointed over today to a report from Los Angeles-based Kurt Shintaku, who recently purchased the 64 GB version of the Surface. Unfortunately for him, he accidentally left the tablet on the top of his car on Sunday and then got in and started driving. The Surface actually stayed on top of his car's roof for a little while until he made a lane change. As he wrote:

... it lost its grip, slid off the top, & careened off the side of my car into the middle turn lane. (sob)  Several onlookers watched in horror as the device toppled corner-over-corner finally resting a lane over from where I was. Then a car going the opposite direction drove over it while making a left turn. (!!!)

However, it looks like the Surface did not actually get hit by the other car's tires. As Shintaku states, the Surface's display was intact and the tablet itself still worked. The only damage was "... 6-7 hard nicks on the magnesium casing & lots of scratches to the backside paint."

It just goes to show that the Surface really is a tough device, definitely built to last and take a serious beating.