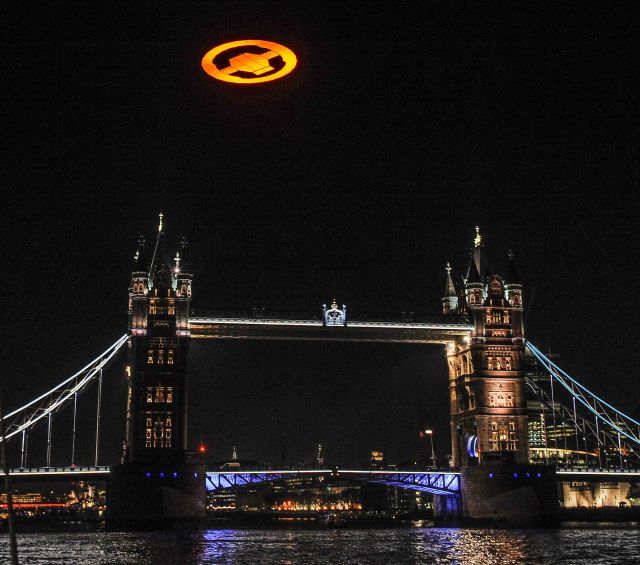 You know that London hosted the 2012 Summer Olympics a few months ago, right? Well, that was apparently nothing compared to tonight's launch event in the UK city for Microsoft's Xbox 360 game Halo 4. The company celebrated the launch of the latest game in the sci-fi shooter series with a massive flying glyph over the city.

Microsoft's Larry Hryb posted up an image of the Halo 4 glyph on his SkyDrive account hovering, with the help of a helicopter, over Tower Bridge. It is 50 feet across and, according to Microsoft, happens to be one of the largest and brightest man made structures ever to fly over a major capital city.

The Baynesmedia YouTube page also has a video of the Halo 4 glyph flying over London. We suspect that more than a few people thought we were being invaded for a few minutes after seeing this thing fly over.

Last week, Microsoft turned parts of the small country of Liechtenstein into locations that resemble those found in Halo 4. Microsoft says that thousands of stores in the US will be open at midnight in their time zones tonight to start selling Halo 4. You can go ahead and check out Neowin's own review of the game's single player campaign.