Microsoft says that Teams is now up to 50% more power-efficient than it was a year and a half ago in June 2020. In a blog post by Robert Aichner, Principal Group Program Manager at Microsoft in the Intelligent Communication and Conversation Cloud (IC3) group, the company has been explained how it achieved these impressive gains.

The evaluation was done by creating a suitable framework to test out the different scenarios that mainly involve group video calls and screen sharing.

Microsoft says this not only helps in energy savings but also helps create a good experience on Windows devices using lower-end hardware:

In addition to reduced energy costs, these optimizations lower the burden on an organization’s hardware and improve the consistency and efficiency of Teams meetings and calling experiences across devices.

One of the challenges brought on by the ubiquity of Teams is the need to create equitable experiences across an incredibly diverse Windows device ecosystem. We’re committed to ensuring great calling and meeting experiences for users on low-end hardware as well as those on high-end workstations and high-resolution monitors.

This wasn't a one-step process though as Microsoft says it has been gradually making these improvements across different releases. The timeline for these improvements is given in the image below (click to enlarge) in which the various optimizations to get the efficiency where it is today has been laid out: 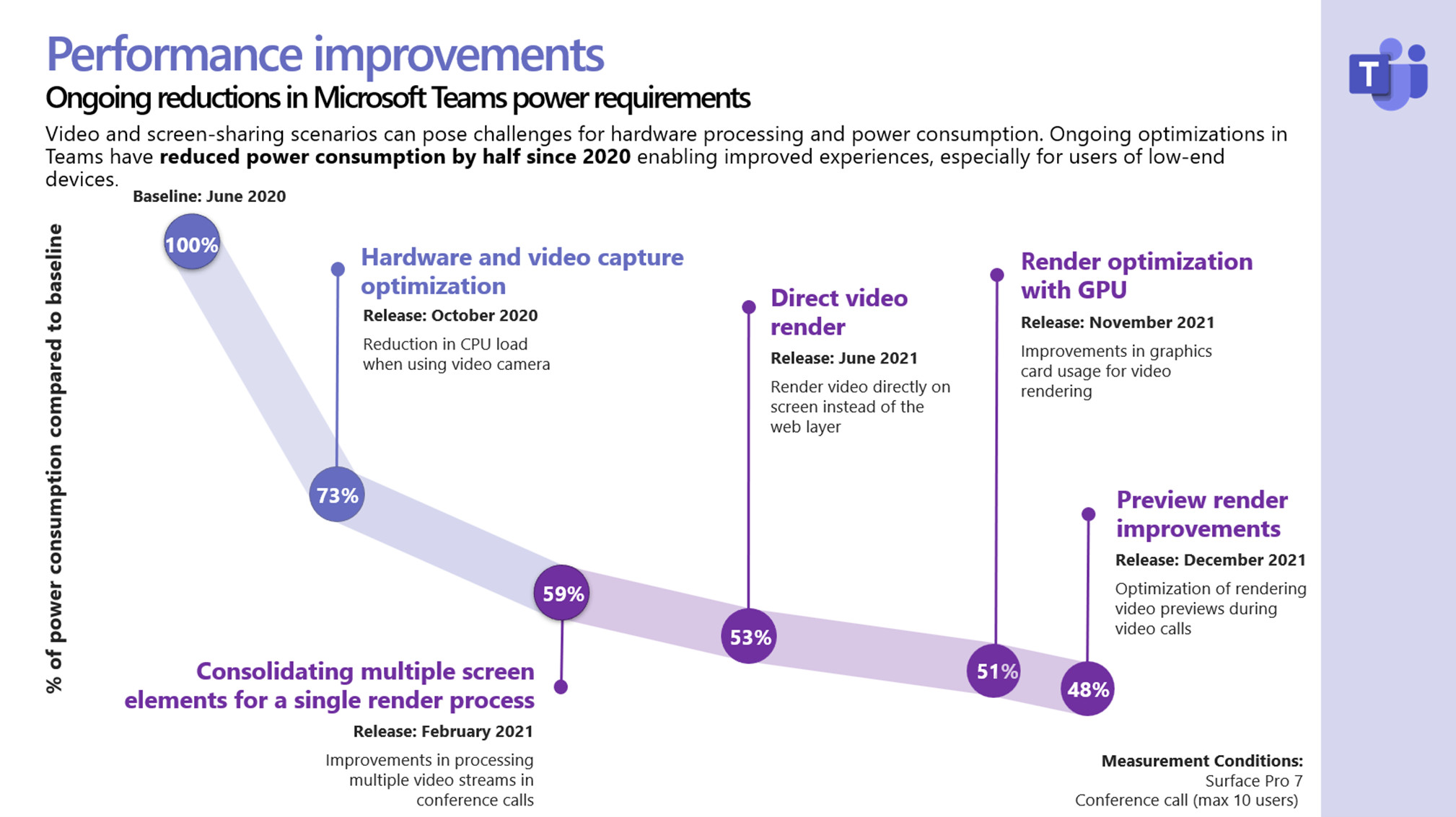 In brief, Microsoft has worked on:

The company has also added that it isn't done yet as it will continue to make Teams more efficient by working with CPU and GPU vendors:

Looking forward, we’ll continue to work closely with CPU and GPU chipset vendors to ensure the next generation of silicon is further optimized for Teams video conferencing.

You can find more details in the official blog post linked here.