Microsoft is reorganizing its various start-up organizations such as BizSpark, the Bing Fund and its accelerator programs under one roof, starting today. The new division, called Microsoft Ventures, will be headed by Rahul Sood, who previously ran the Bing Fund seed program. 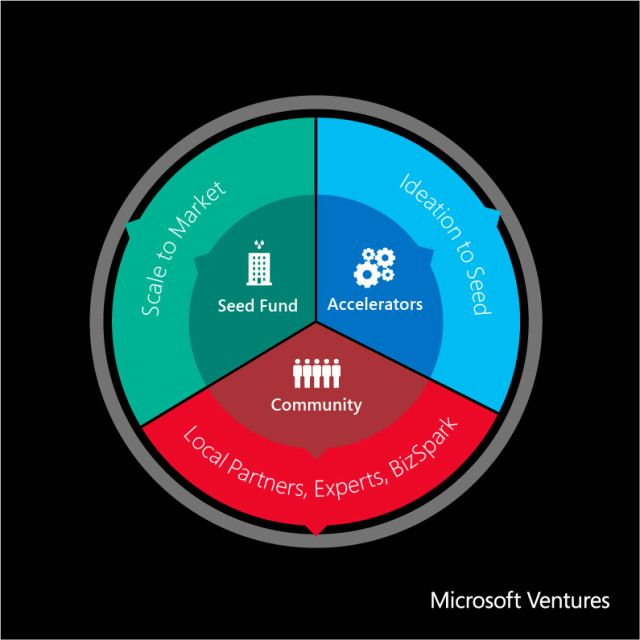 In a blog post, Sood said that before today, 75,000 start-up companies received help from Microsoft's BizSpark program. Two years ago, Microsoft started accelerator programs for programs and services such as Kinect and Windows Azure and since then has helped 114 start-up companies. The Bing Fund has also provided small seed financial help to several businesses since 2012.

So why put all these efforts under one big division? Sood says:

First, by unifying our various efforts, we will give entrepreneurs a single point of entry to engage with Microsoft. Startups have enough to worry about. We want to make access to us as intuitive and friction-free as possible. And for promising startups focused on enterprise, Microsoft is uniquely positioned to help in ways very few can match. Whether by accessing our domain expertise or an introduction into the vibrant partner ecosystem, we believe an opportunity exists to provide unparalleled routes to customers across the globe.