Microsoft's SkyDrive service is not just for Windows or Windows Phone users. Android and iOS device owners can also access SkyDrive via their own apps. Today, Microsoft released a major new version for iOS devices that adds support for Apple's two most recent products; the iPhone 5 and the iPad mini tablet. 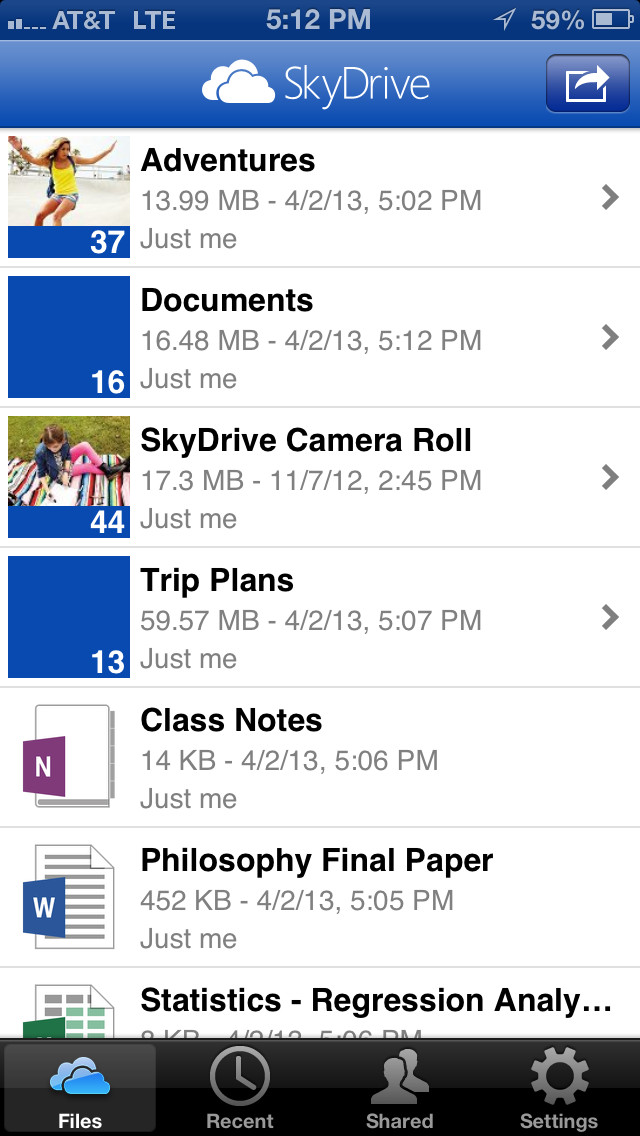 Microsoft's SkyDrve blog also mentions that the new version 3.0 of the iOS SkyDrive app includes a user interface refresh. As you can see in the screenshot above, there are some new icons and a general redesign of the UI in the app. There's also been some improvements to how the app handles photos; version 3.0 now allows users to download full resolution photos from their SkyDrive account to their iPhone or iPad.

Users can also control the sizes of photos they upload and download from the iOS app to their SkyDrive account, for those folks who might have a somewhat limited monthly data plan. Version 3.0 also lets other apps on their iOS product work better in terms of saving and uploading SkyDrive files. Finally, the new update has a number of unnamed "changes, bug fixes and performance improvements."