Microsoft has announced the release of a significant update for its Maps app on Windows 10 PCs, tablets and phones, delivering new features, and introducing a migration tool to help users of the HERE suite of mapping and location apps, which will end support for Windows 10 at the end of this month.

Microsoft says it's made significant improvements to the guided navigation feature, including better support for those who use public transport:

Specifically, the experience of turn-by-turn instructions is now optimized for glanceability, including phone landscape mode. It is also easier to use the Windows Maps app on phone with one hand now that we have positioned navigation at the bottom. Finally, we have also improved our guided transit experience, including notifications to get off the bus. You no longer have to worry about missing your stop even if you don’t have the Windows Maps app actively open.

Planning a trip or a night out? You can now view multiple searches in a single map view at the same time. We’ve made it easy to plan your activities with a map that also surfaces the right type of information at the right time: labels for your search results directly on the map (instead of numbers and a list) and visual effects when hovering or selecting a point of interest on the map or when you switch from one search list to another.

Microsoft says that the update introduces more detailed cards for places of interest, making it easier to find information, as well as walking, driving or public transit directions to those places.

And it's also made improvements to its support for offline maps, saving all of a user's favorite places for offline viewing:

While planning, save the places you want to visit to your list of favorites and we will make sure, no matter where you are, that you can get to your destination regardless of connectivity. Worried you won’t remember to download the offline map before your trip? Cortana will make this easy for you by automatically reminding you to download the offline map before you take off on vacation. 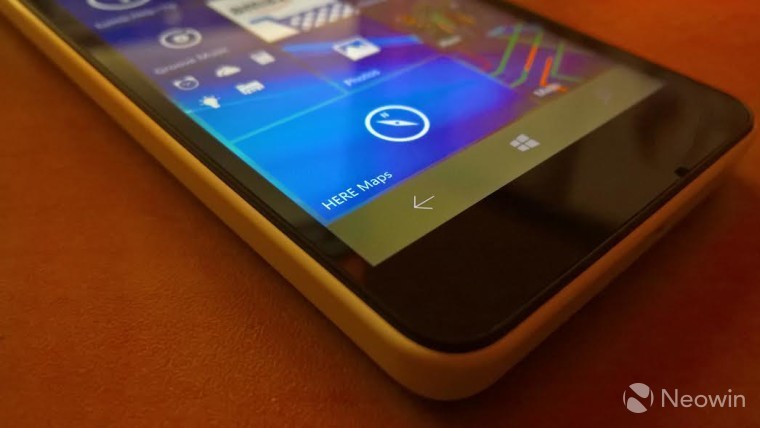 Back in March, the HERE suite of apps - including HERE Drive, HERE Drive+, HERE Maps, HERE Transit and HERE City Lens - were removed from the Windows Store, as part of an announcement revealing that those apps will no longer work on Windows 10 devices from June 30.

Microsoft has been recommending that users switch to Windows Maps since then. Today, it said that it's been "working to make the transition easy by helping HERE customers to migrate up to 300 of their HERE favorites right into our Windows Maps apps on the phone."

...just open the Windows Maps app, click the star icon on the bottom of the screen to see your favorites and we will take you through the end to end experience to migrate your phone HERE favorites. You can also access the import flow from the Windows Maps app settings menu.

After June 30, the app will automatically "take care of migrating your phone HERE favorites upon your first visit to the Favorites pane or the Maps Settings page" on Windows 10 Mobile devices.

Microsoft also says that the defunct HERE apps will be removed from those devices when they're upgraded to the Windows 10 Anniversary Update this summer.

As previously announced, the HERE apps will continue to function on Windows Phone 8 and 8.1 handsets, but they will not be updated any further. Microsoft says that it recommends "upgrading to Windows 10", but given that only a limited number of devices are officially eligible for that upgrade, that's clearly not a simple solution for everyone.