Windows App Studio is a web-based system which allows anyone to easily create apps for both Windows and Windows Phone, regardless of the user's programming expertise. It is quite handy, especially for aspiring programmers who have limited knowledge of coding, hobbyists looking to build apps in a short amount of time, and casual users simply looking to build personalized apps to suit their needs. Today, Microsoft has updated the popular tool with a plethora of improvements and new features. 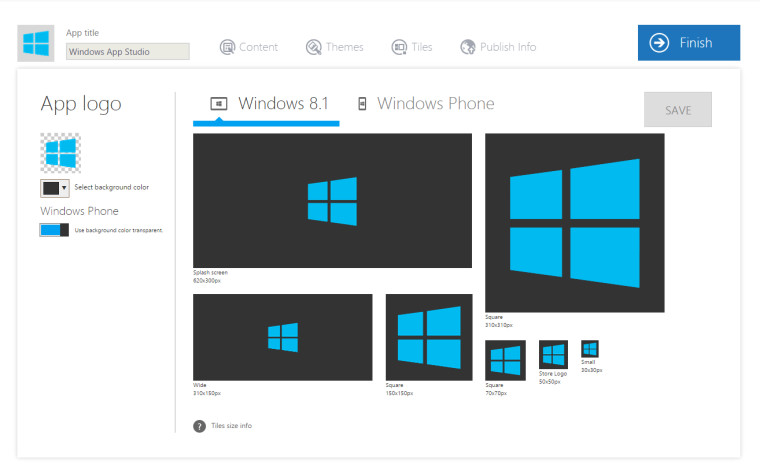 One of these features is the much needed Logo and Image Wizard which makes it possible to upload .jpeg and .png image files to be automatically loaded into the app's necessary icons, tiles, and splash screens. Another nifty addition to the same feature now allows users to crop and zoom images.

Moreover, Facebook and YouTube connectors have also been updated to use the latest APIs. This allows users to add a wider range of display types for each data source. For example, in the case of YouTube, you have the ability to choose between playlists, searches, or a full user feed.

You can change the background and appbar colors, as well as text size and colors. Additionally, we’ve added a property to define the color that some layouts use to avoid contrast problems. Along with this feature we have added the ability to use an image as a header, instead of the default text used in previous iterations. 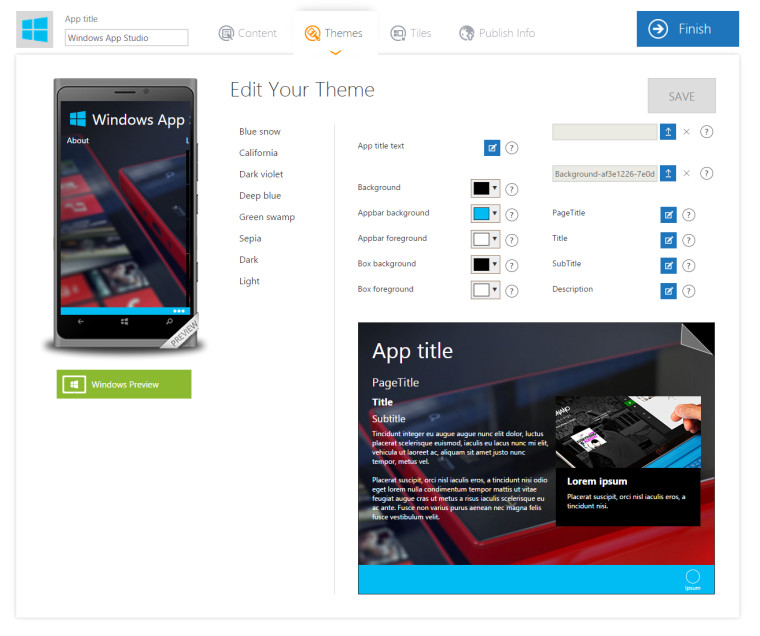 That's not all. The update also improves on previous features, including:

This major update will surely please a lot of Windows App Studio users busy developing universal apps for Windows. According to the Windows Blog, these users number around 2.5 million. If you're part of the Windows Insider Program and are using Windows 10 Technical Preview on your laptops and PCs, you'll also notice a marked increase in the tool's performance.