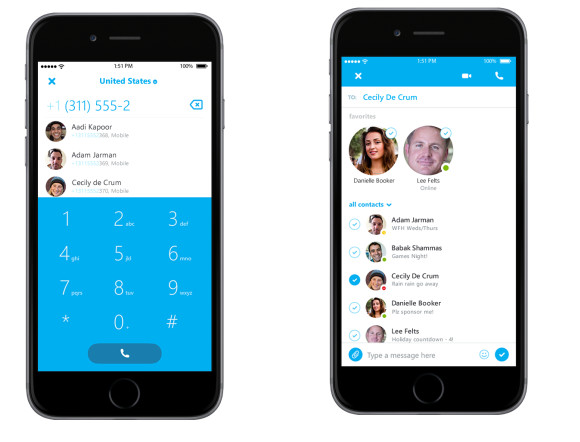 The new beta program, which you can sign up for at the link below, will allow you to test out new versions of Skype before they are released to the general public. If you do sign up for this program, Microsoft is asking that you do not talk about the new features publicly, but does hope that you will share feedback with the team about any bugs you find.

For those of you who want to help shape Skype on iOS, this is a good way to get the attention of the team who are building the app.

In Skype 5.9, when you start typing a phone number in the dial pad, Skype will pull up contacts with matching numbers. There are also UI updates to the phone dialer and how you select a contact to chat with.

word on when Microsoft will release updates for Android or Windows Phone or if they will get a similar beta program.