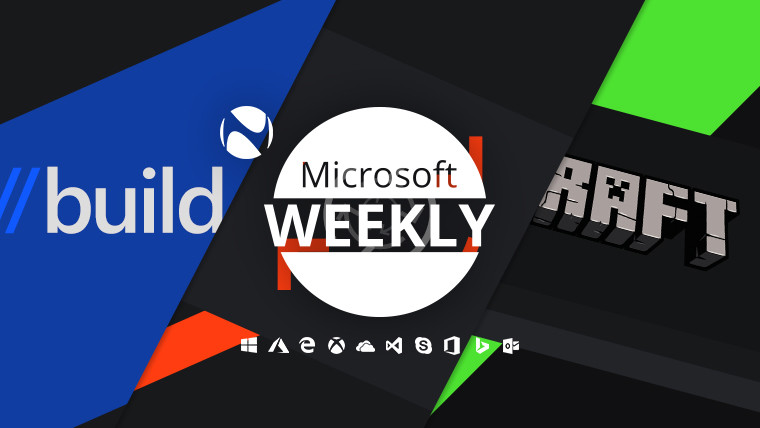 This year’s Build conference took place – virtually – and as usual, brought a slew of announcements from cloud to consumer products, Minecraft reached a staggering milestone, and there were some source code leaks as well. You can find that, as well as much more, below, in your Microsoft digest for the week of May 16 – 22. 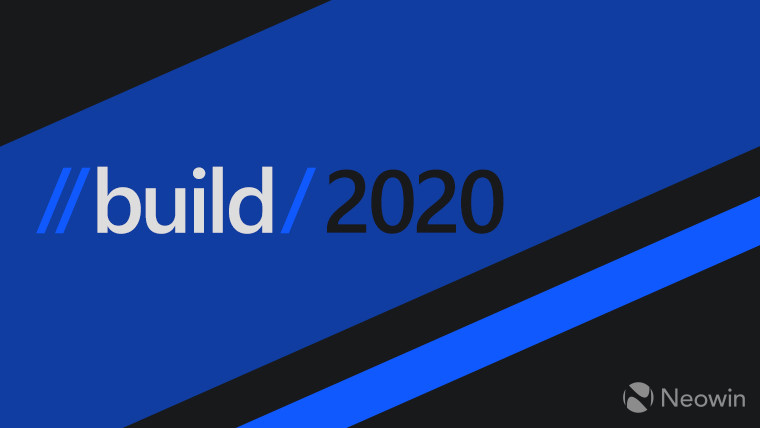 Microsoft’s virtual Build conference took place this past week, and the software giant had a number of announcements related to everything from its Azure cloud to more consumer-oriented products like the Chromium-based Edge. Let’s begin with the cloud.

Starting with Cosmos DB, there’s now a serverless pricing model for the service, along with enhanced data recovery options and auto-scale provisioned throughput. On the other end, there are quite a few new features both in preview and generally available for MySQL and PostgreSQL in Azure Database, like improved performance, 3-year Reserved Instances Pricing, and Private Link.

Additional Responsible ML features have been announced for Azure Machine Learning, like the soon to be integrated Fairlearn toolkit, the creation and optimization of industrial control systems via Project Bonsai, and others.

Azure Cognitive Services and the Bot Framework received some attention too, with the former now having a revamped labeling experience for the Language Understanding service, and the latter benefiting from an enhanced SDK, among a flurry of other features.

In other cloud news, Microsoft now has a Cloud for Healthcare offering, the first industry-specific solution of its kind – in preview, with a free trial for the next six months -, Azure Arc, Azure Stack, and Azure Resource Manager are only some of the services enhanced via the latest set of infrastructure updates, while dev tools like .NET 5 – Preview 4 of which is now available -, GitHub, Visual Studio Codespaces, and AKS have similarly gotten new features of their own.

Azure Quantum, the full-stack open cloud ecosystem from Microsoft is now in limited preview, while Azure Spatial Anchors has reached the GA phase and the company’s HMD, HoloLens 2, will be shipping to more countries this fall. Speaking of the HoloLens 2, it’s getting 5G support via a dongle thanks to the May 2020 Update rolling out now.

Security has been a focus during Build too, with the addition of Publisher Verification, the GA of the Azure Secure Score API, and much more.

It’s worth touching upon some other announcements, like Project Reunion, the company’s plan to unify UWP and Win32 apps. The first step in this process is WinUI 3, the first preview of which is now available.

Switching to more of a service aspect, certain parts of the Fluid Framework, the company’s seamless collaboration solution across the Microsoft 365 ecosystem, are now in preview, with the implementation itself going open-source. Project Cortex, a Microsoft 365 service meant to leverage the Microsoft Graph and its grouping of relevant search results has likewise been mentioned at Build, with a general availability time frame of “early summer 2020”.

And then there’s of course the new Edge, which we couldn’t forget about. Although it was made generally available on January 14, Microsoft says that the new Edge is set to roll out over the next few weeks, most likely as part of the May 2020 Update. There’s a bunch of new features coming with it too, like Pinterest integration – now in the Canary channel -, a sidebar search option, WebView2 – based on Chromium and a replacement for EdgeHTML WebView -, and more.

On a slightly related note, though not necessarily from Build, Edge Dev build 84.0.516.1 is out with a bunch of fixes, Edge 83 is now rolling out in the Stable channel with extension syncing and other features, while the browser itself has been shown off running on Linux for the first time.

A Group Tabs & Share extension is now available for Chromium Edge users, doing exactly what it sounds like it would, and for those who use Chrome proper, you are now able to utilize Windows Hello to complete payments. 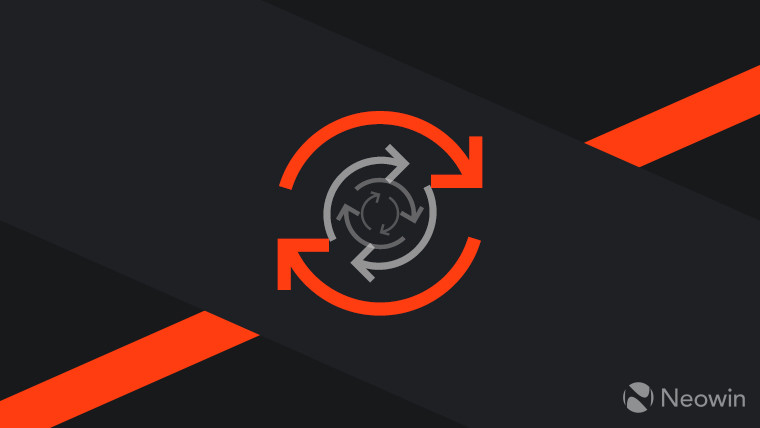 There were some other announcements and updates, both from Build itself and outside of the conference, so let’s take a look at those, starting with some Microsoft 365 apps.

First up there’s Teams, which now has support for a 3x3 grid and a raise hand feature, as well as Power Platform integrations, customizable templates – available in the coming months -, and even a Visual Studio Code extension (in preview). Prezi Video integration is available too, and interoperability between Skype and Teams was said to be available sometime in May, but has now been pushed to the end of June.

Visual Studio 2019 was updated too to include enhancements to C++ via version 16.6, a new IntelliSense code linter, and more. The first preview of VS 2019 16.7 can be obtained now as well. On macOS, VS 2019 8.6 now has an integrated terminal to reduce window switching, support for building web apps via Blazor WebAssembly, and other features.

On the subject of useful programs, Windows Terminal’s 1.0 version has reached GA, Microsoft has announced a preview of Winstall.app - a web-based GUI for the Windows Package Manager -, and PowerToys version 0.18.1 has been released with a number of bug fixes. This new version of PowerToys brings a Keyboard Remapper feature, as well as PowerToys Run, an app launcher akin to programs such as Launchy. It’s meant to replace Win+R with something better.

Worthy of attention is also the GitHub mention of Windows 10 on ARM emulation support for 64-bit Intel apps, as well as the release of Windows 10 build 19624 as an ARM VHDX, something previously rumored.

Speaking of builds, 19631 made its way to the Fast ring with an array of fixes and a slightly shorter list of known issues. There’s really not much in the way of features to be seen here, which is somewhat of a theme with recent Fast ring builds.

Remember how Microsoft said that tying builds for specific upcoming feature updates to the Fast ring is something it will not do? That’s seemingly no longer the case, as the company is not not doing it, so you can look forward to 21H1 builds in the Fast ring starting in June. 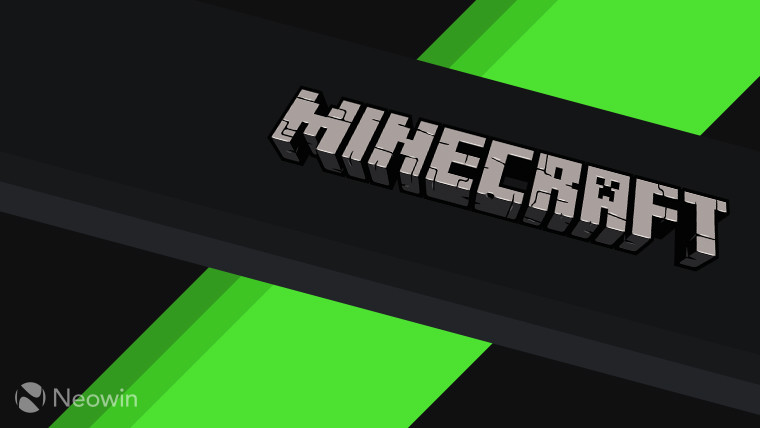 Although admittedly relegated to this last section of the column, there was no way gaming wouldn’t be mentioned, especially given the rather impressive milestone announced this week.

As spoiled by the section header, the recently rebranded and longtime developer of the title, Mojang Studios, announced that Minecraft has reached the rather staggering 200 million copies sold milestone, with monthly active players coming in at 126 million. Needless to say, that makes it the best-selling game of all time. Of note is that in the same universe there’s also the AR title Minecraft Earth – available now for iOS and Android -, and the ARPG Minecraft Dungeons, slated to come out on May 26.

June is a pretty busy month for Microsoft gaming too, since Halo 3 PC Insider testing is set to begin – check out our review of the recently launched Halo 2: Anniversary on PC -, and Obsidian will be offering a Grounded single-player demo between June 9 – 14. Also in June, Rare’s cartoony pirate adventure, Sea of Thieves, will be landing on Steam with full cross-play support.

Until then, there’s the matter of Game Pass, which is getting a number of new titles on both PC and console. Starting with the console, you’re already able to play Golf with Your Friends, Cities: Skylines, and Alan Wake, with Minecraft Dungeons set to be made available on its launch day of May 26. On the PC side, MechWarrior 5: Mercenaries is available now, while Alan Wake, Cities: Skylines, Minecraft Dungeons and Plebby Quest: The Crusades have no attached release dates. It’s very likely that at least for three of the four, the launch will coincide with that on console.

Lastly, if you’re interested in testing bleeding edge features coming to the Xbox software, you can now complete a survey, after which Microsoft may select you to be part of the Alpha or Alpha Skip Ahead rings. 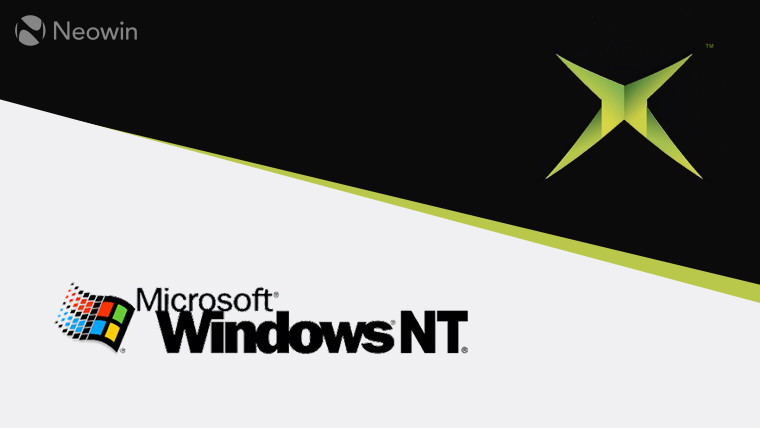 Seeing as the Build 2020 conference has just taken place this past week, you can check out and download the digital swag. You can also download something else, though not something Microsoft would be very happy about.

The source code for the operating system of the original Xbox has leaked, as has that of Windows NT 3.5. While the latter may not be too much of a big deal, especially given how old NT 3.5 is, the former may just be.

Since the leak includes the Xbox Development Kit, emulators, internal documents, and the kernel, it’s very much a boon for the homebrew scene and those looking to emulate original Xbox games – beyond the already announced ones that are part of Microsoft’s Backwards Compatibility program.