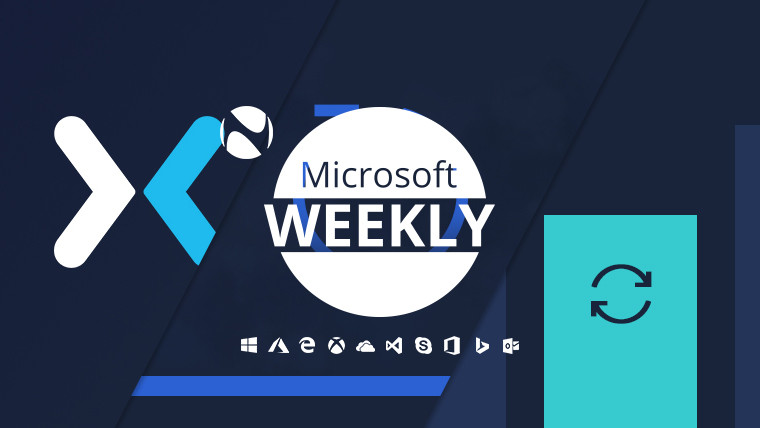 The past seven days have been rather interesting, with a big get for Microsoft’s Mixer streaming platform, the uncovering of an upcoming cloud restore option for Windows 10, and the unveiling of the retirement date for Skype for Business Online. You can find that – as well as the usual little bit extra – below, in your Microsoft digest for the week of July 27- August 2. 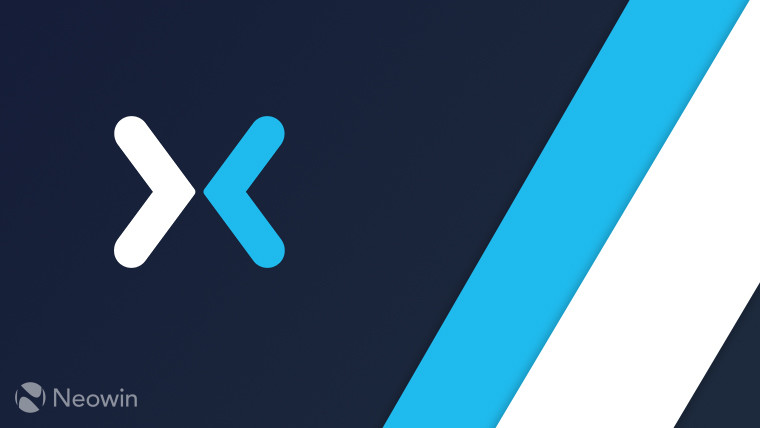 We begin with something that’s a pretty interesting move in the world of streaming, and gaming in general.

Ninja, one of the largest – if not the largest - streamers on Twitch, best known for his Fortnite content, has signed an exclusive deal as a full-time streamer on Microsoft’s platform, Mixer. This is of interest because partnered streamers on Twitch have an exclusivity clause which forbids them from streaming game-related content on anything but the Amazon-owned platform. The most likely thing to have happened is that Microsoft put forth a better deal – with some wildly high numbers being speculated -, and the streamer jumped at the opportunity.

Staying on the subject of game streaming, but this time in terms of services, Microsoft’s Project xCloud is set to debut in preview in October. Furthermore, it’s also going to have another round of hands-on during gamescom at the end of this month. As such, details have started coming out, and one of them is courtesy of a couple of Store listings for “xCloud Test Game” and “xCloud Test Game PAID”, hinting at a possible tiered approach to upcoming game streaming service, similar to what Google’s Stadia is trying to do. Nothing else is currently known at this point.

Moving on, if you’re in the market for an Xbox One S, specifically the All-Digital Edition, both Amazon and Walmart are selling it for under $200. Beyond the controller and console with 1TB of storage, you also get digital download codes for Minecraft, Sea of Thieves, and Forza Horizon 3. You also get a month of Xbox Live Gold, which is just as good because August’s Games with Gold have been announced.

Another of Microsoft’s game-related subscriptions, Xbox Game Pass is also getting some attention in August, as a number of titles are coming to PC and console. In terms of titles already available, you can get Ashes Cricket and Pandemic: The Board Game on console, plus Downwell on PC. Later, on August 8, The Jackbox Party Pack 2 will land on the console subscription, while Space Hulk Tactics joins Game Pass on PC. Finally, on August 14, Slay the Spire will join Xbox Game Pass on the console, making it available on both Microsoft platforms, as it’s been on Game Pass PC since its inception.

If you’re into fighting games, there’s a sale still going on for titles like DRAGON BALL FighterZ, SOULCALIBUR VI, and Tekken 7, in celebration of this year’s installment of the Evo tournament. The Xbox Evo Sale runs until 3AM PT on August 5.

Those of you who are Xbox Insiders have gotten a couple of new builds to play with, one of which was 18363.7056 for the Alpha Skip Ahead ring, a preview of version 1910. Those in the Beta, Delta, and Omega rings got build 18362.6056, which means that Xbox One version 1908 is essentially ready for release. That said, there are no notable features, just fixes, though some insiders will get to test the new Dashboard experience.

We close this section with a bit of a weird announcement, as Obsidian’s upcoming RPG, The Outer Worlds is apparently getting a release on the Switch. There’s no date attached to it, so it’s presumably a little later than its October 25 release on console and PC. 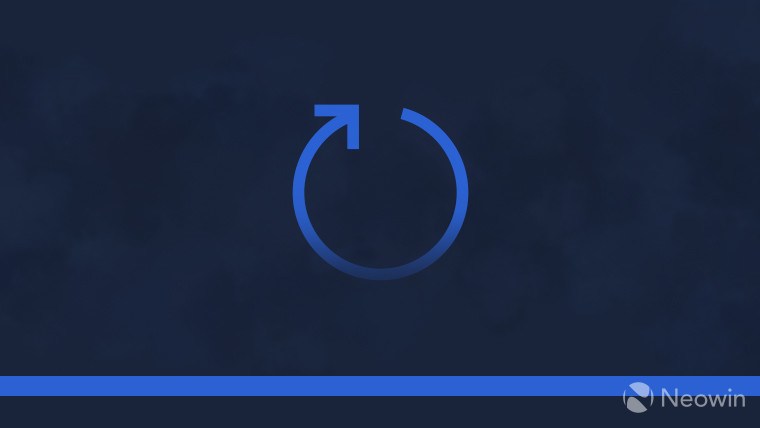 Last week, we had an internal - as of yet untested build - slip through the cracks, but this week, we got a bit of a glimpse into an upcoming feature.

Thanks to leakster extraordinaire WalkingCat, we know that build 18950 of the 20H1 branch includes something called cloud restore. This is a feature familiar to folks on macOS that essentially lets you download the relevant Windows 10 version by connecting to the internet when you perform a reinstallation. What this means is that in addition to the local reset option, this new one can be used to circumvent things like a corrupted local image.

Unfortunately, while build 18950 did make its way to Insiders, it didn’t include the cloud restore option along with its Japanese IME and Snip & Sketch improvements. However, the existence of cloud restore – called “Cloud download” – was acknowledged in the fixes changelog, with the caveat that the feature wasn’t quite ready for prime time. A number of issues relating to IMEs were addressed, as was the bug as a result of which OneNote would intermittently act as if Ctrl was pressed, even if it wasn’t. The known issues are identical to the other builds.

Along with the build above, SDK Preview build 18945 was released with support for Device Guard signing and a number of API changes related to OS and hardware features like sensors. An identically numbered build for Windows Server Insiders was also put out, with its addition being support for FIDO2 security keys in hybrid environments.

Finally, if you’re on Android and are an Office Insider in the Slow ring, this month’s build – 16.0.11929.20002 - is now available in the Play Store. In terms of what it brings, there’s the ability to propose a different time when you get an event invitation in Outlook and, on the other side, approve, reply, or edit the proposed time – as the organizer – directly via the mobile app. You can also mark a comment thread as resolved in Excel if it no longer requires your attention, at which point it will get collapsed. Naturally, you can open it back up at any time. 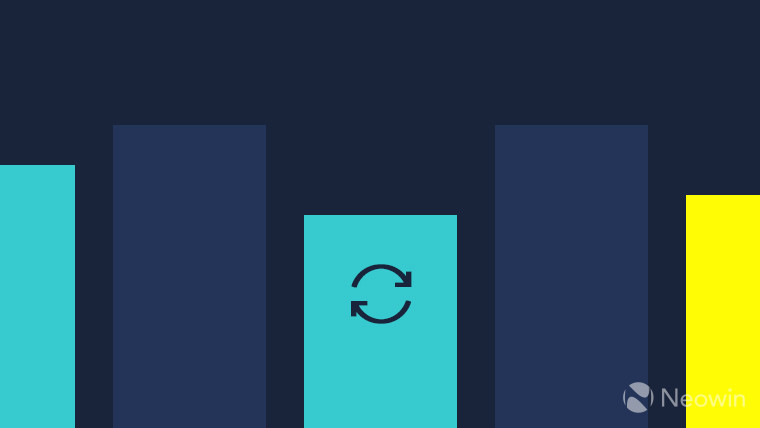 While these are often relegated to the Fast ring area, I thought that this week giving a spotlight to the variety of Microsoft service enhancements – or general announcements – was in order.

First up is Docs, the platform launched in preview around three years ago. It has now added a section dedicated to hosting code samples, complete with GitHub links so you can report issues. Of course, folks can even make contributions to these samples, if they so desire.

Next there’s the general availability of Azure Security Center for IoT, which, as the name implies, is used as a central place for checking security-related aspects of IoT deployments. It’s the latest in a longer line of Internet of Things offerings from Microsoft like Azure IoT Hub, IoT Central, and the IoT-specific, Linux-based secure OS, Azure Sphere.

While we’re on the subject of Azure, Microsoft has announced a new partnership with First Solar to purchase the power from its Sun Streams 2 solar plant in Arizona. Set to become operational in 2021, the 150-megawatt plant will provide power to two Azure data centers in the state under a twenty-year agreement. With this partnership, the Redmond giant’s total renewable energy partnerships come in at nearly 1.5 gigawatts.

On a related note, the firm announced back in March that it had launched two data centers in Africa, and now, one of these – located in Johannesburg in the South Africa North region – will be used to power its business analytics service, Power BI.

Staying a little longer on the subject of business, the Dynamics 365 Virtual Agent can now make use of Microsoft Flow. What this means is that the bot is able to perform tasks on your behalf instead of notifying you of every action. Now, it’s even able to retrieve data regarding tax documents from Dynamics 365 systems and simply send documents that are incomplete back to customers.

Also relevant to businesses are the various updates to Microsoft 365 in the month of July, such as support for FIDO2 security keys in Azure Active Directory. Additionally, there are now read receipts in Teams – along with an overhauled Assignments tab – and a new Teams Shifts module for Firstline Workers; Quick Polls add-ins and meeting room management in Outlook; a Q&A feature in Yammer; the ability to assign tasks to specific people in shared lists in Microsoft To-Do; a new Desktop Analytics tool, Office 365 services being available in South Africa and UAE thanks to new datacenters, and an improved experience for Office apps in virtualized environments.

Lastly, for those still using Skype for Business Online, the service will be retired on July 31, 2021, in favor of Teams. In fact, new Office 365 customers will be onboarded directly to Teams starting September 1, 2019. 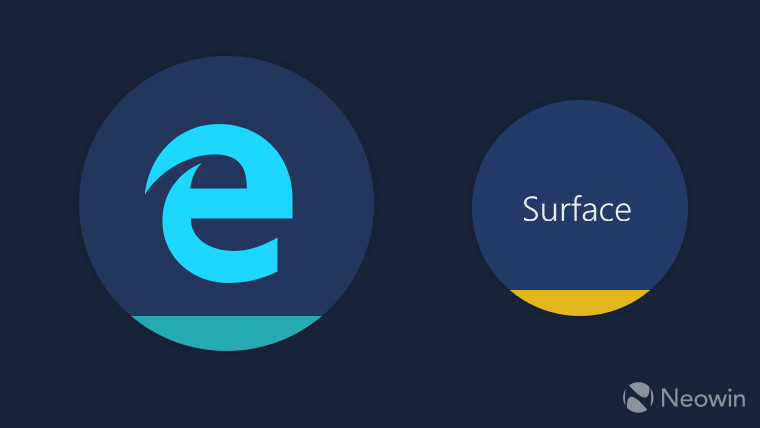 Capping off this week’s column is a bit of news concerning Edgium, plus an interesting approach that Microsoft is taking to promoting Surface.

Starting off August strong, both the Edge Beta and stable builds leaked for Windows – albeit in a non-working state – followed by a Beta leak for the Mac.

Back in the land of officially sanctioned news, the Redmond giant has at long last begun the process of integrating the Windows spellchecker into Chrome, something which surfaced last month. But if you don’t want to play around with flags just yet, you can get the new Edge Dev build, 77.0.230.2, which is now available, allowing folks to better distinguish between InPrivate, Guest, and regular modes, as well as the ability to import settings form the original version of Edge – among others.

Last but not least, the same WalkingCat leakster mentioned earlier also discovered an as of yet not public ad that Microsoft’s cooked up, in which it asked someone called Mackenzie Book - or Mac Book - which is better: a Surface Laptop, or a Mac Book Air. In an amusing, but unsurprising end, Mac Book says you should get a Surface.