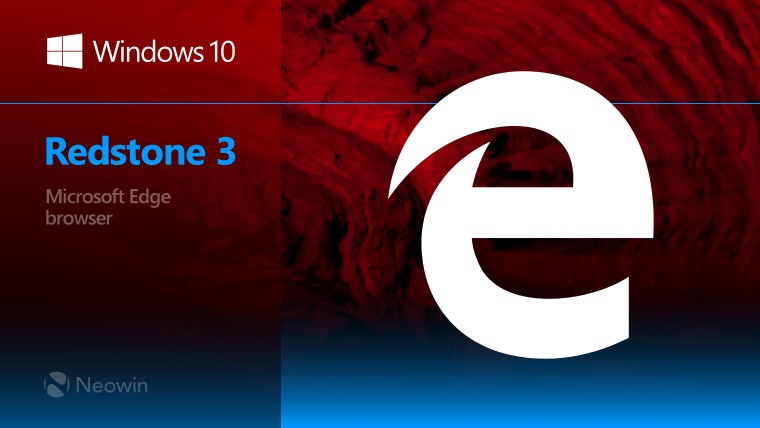 On Tuesday, Microsoft is expected to unveil Windows 10 Cloud at its #MicrosoftEDU event. The new SKU of the OS will only run apps that are designed for the Windows Store, and it's meant to be a competitor to Chromebooks in the educational space.

Unfortunately, there's still one big problem with Windows 10 going head-to-head with Chrome OS. Chrome is updated frequently and seamlessly by Google; however, Microsoft's Edge browser is only updated - aside from security updates - in new feature builds of Windows 10, which only happens twice per year.

But according to internal sources, that's all going to change in September, when the next feature update to Windows 10, codenamed Redstone 3, is released. Users will finally be able to get updates to the Edge browser via the Windows Store, which will allow Microsoft to add new features more frequently.

Of course, this doesn't necessarily mean that you'll be able to uninstall Edge by right-clicking on it in the Start Menu. While it's entirely possible that Microsoft could implement this, it seems very unlikely, as the company has been trying very hard to get people to use its browser.

In fact, the company tends to use new Edge features to show off its new Windows 10 updates. One of the key announcements with last year's Anniversary Update was browser extensions, and the Creators Update added ebook support and better tab management.

Right now, if you search for Microsoft Edge in the Windows Store, you'll find a message that says "Microsoft Edge is already installed", and if you click 'Go now', your default browser will open to a page that describes things that you can do in Edge.

At the very least, this move will make Microsoft's in-house browser more capable of competing with Chrome, which is still the most popular browser on Windows, according to NetMarketShare. It will now be up to the company to actually make use of the feature, as it won't be able to tout new browser features as part of Windows 10 updates any longer.

Microsoft's Build 2017 developer conference kicks off on May 10, and the firm will almost certainly show off many of the new features that are coming in Redstone 3. It seems likely that we'll hear about this then, unless it bundles the announcement into the #MicrosoftEDU announcement on Tuesday.

Editor's note: the title was updated to better clarify that Edge will still be included in Windows 10.