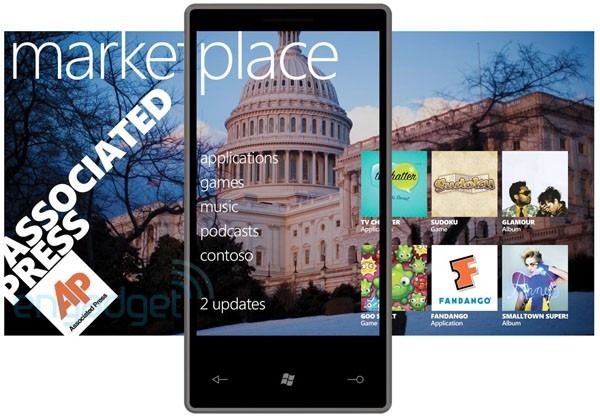 In a video that's been uploaded to YouTube, Microsoft is seen showing off their advertising platform with a range of products, Windows Phone 7 included. In the video, they let slip a more specific release date then they've previously mentioned, according to WMPoweruser.

Before now, Microsoft has only said in public that Windows Phone 7 is slated for a "Holiday Season" release, and have refused to be more specific than this. Marketing VP Mitch Mathews says in the video: "I'm gonna ask rock star Kostas... to come on. And Kostas has brought with him Windows Phone 7, which we launch this October."

WMPoweruser says that the video demo mainly shows off the advertising features the platform has, which include: "Applications as ads, being able to pin applications as live tiles to the start screen and get updates and continuing engagement with the user and toasts, which are notifications developers can send to the end user." The video also has a piece about something called "0-click sharing", a feature that allows a user to upload photos straight to their SkyDrive account.