Hot on the heels on the official news that Windows 8.1 has reached RTM status, Microsoft has announced that Windows Server 2012 R2 has also gone gold and has been released to manufacturing. As previously reported, it will be made available for sale on October 18th. 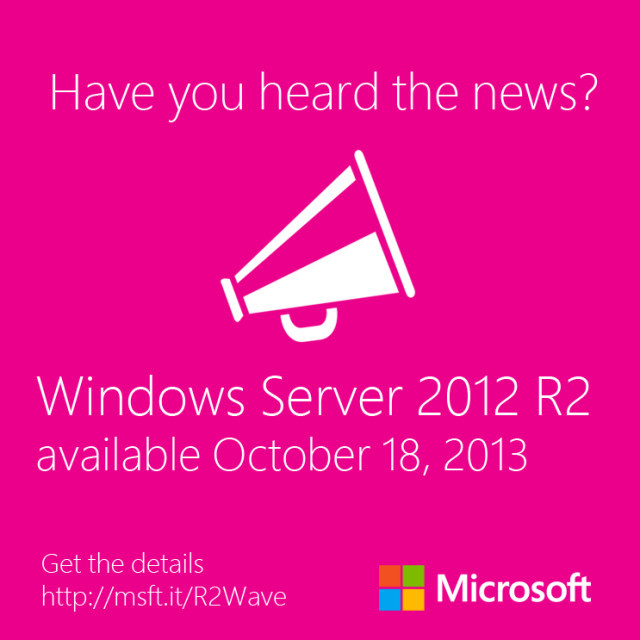 In a blog post today, Microsoft also confirmed that MSDN and TechNet subscribers will have to wait until October 18th to get their hands on Windows Server 2012 R2 just like everyone else, rather than allowing them to get early access to the software. Unlike the Windows 8.1 RTM announcement, Microsoft offers something of an explanation for this change in policy:

Because this release was built and delivered at a much faster pace than past products, and because we want to ensure that you get the very highest quality product, we made the decision to complete the final validation phases prior to distributing the release. It is enormously important to all of us here that you have the best possible experience using R2 to build your private and hybrid cloud infrastructure.

Microsoft also announced that the next version of Windows Intune will be released on October 18th and the company is "on track" to release System Center 2012 R2 at the same time.