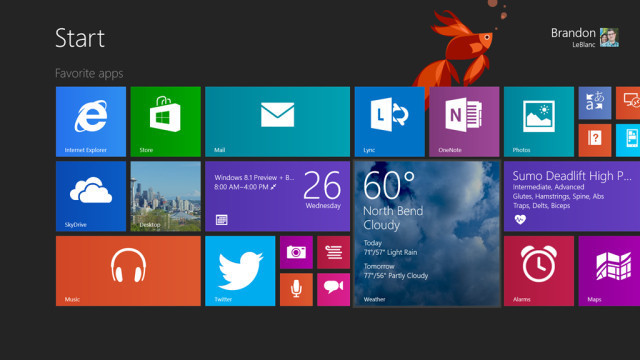 Microsoft has announced today that both Windows 8.1 and Windows 8.1 RT has officially hit RTM and that the code is now in the hands of OEMs to allow them to pre-load machines for the upcoming launch in October.  Windows 8.1 will be launching on October 18th with the Windows Store getting it a tad early on the 17th to align with the time zone differences around the world.

Antoine Leblond, an SVP for Microsoft, also confirmed in the announcement that MSDN and TechNet users will have to wait until October 18th, stating:

While our partners are preparing these exciting new devices we will continue to work closely with them as we put the finishing touches on Windows 8.1 to ensure a quality experience at general availability on October 18th. This is the date when Windows 8.1 will be broadly available for commercial customers with or without volume licensing agreements, our broad partner ecosystem, subscribers to MSDN and TechNet, as well as consumers.

That seems to suggest that more updates could be on the way before the final bits are made available to consumers.

Windows 8.1 is a refined blend of Windows, as noted by Steve Ballmer, and brings back the Start button (but not the menu), additional customization options (such as boot to desktop) and other features that will help address some of the criticism that Windows 8 has received.

Windows 8.1 is part of Microsoft’s new rapid release cadence that will see the company push out updates to its platforms on an annual basis rather than in incremental spans. This is a dramatic shift from Microsoft’s previous release cycle and for Windows, they have passed the first test of the updated cadence. Of course, hitting the first one is likely much easier than hitting the second or third, so we will be watching closely to see if Microsoft is able to maintain this momentum.

As with other builds that have been sent to OEMs, the RTM build may leak ahead of its retail launch. While this is not a guarantee, if the previous patterns are an indication of a future leak, don't be surprised to see these bits hit the web a tad early.

With Microsoft’s aggressive Windows 8 and RT push, especially in the tablet segment, we will be curious to see how Microsoft plans to inform the consumer about the improvements with Windows 8.1. Will they release a series of commercials or will they rely on the new tutorials that will come with the OS?