Windows 7 could soon be powered by Jack Daniels and Smirnoff Vodka if the opening of a new Spitfire bar on campus attracts thirsty Windows team members.

Todd Bishop first revealed the plans to setup a bar on Microsoft's Redmond campus a month ago and now Reymond Chen, Shell developer for the Windows Team, has revealed employees are now playing the name game to name the bar, albeit un-officially.

When we questioned Chen on what Aero Shake was at Microsoft's PDC conference he denied any knowledge of the feature and claimed, with the assistance of his Microsoft colleagues, that Microsoft could be building a nuclear missile into Windows 7. Nuclear missiles aside Chen provides the following suggestions for the bar name:

We like Ballmer Peak the best, afterall there's no way that Microsoft will ever produce another product like Windows ME, is there? If we see any delays to Windows 7 over the beta period then we know what to blame. Imagine the marketing for Microsoft's next operating system, Windows 7 powered by Jack Daniels. 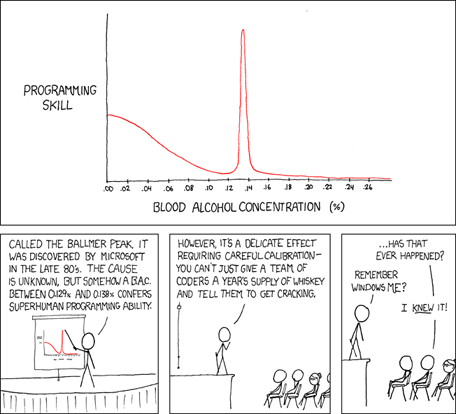