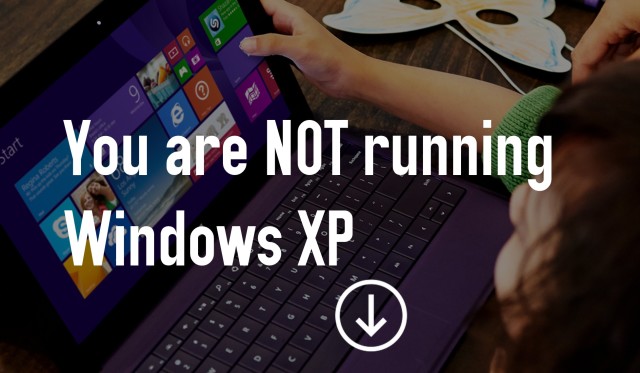 We know that you ask yourself on a daily basis, "Is this machine running Windows XP?" If you find yourself pondering this question late at night and wish there were an easy answer to this question, Microsoft has your solution.

Microsoft has launched AmIRunningXP.com, which, as the name implies, will tell you if your computer is running Windows XP. While this is obviously a simple question, it could provide useful information for an uneducated user to see if his or her machine is running the outdated operating system. If nothing else, it’s a bit of fun for Microsoft to help spread the message that Windows XP will soon being going away and now is the time to move to a modern platform.

The good news is that if you have been holding off as you dreaded thinking about moving your documents to a new machine, Microsoft will be releasing a free migration tool to make that process much easier. If the website and migration tool weren’t enough, Microsoft will soon introduce a nag screen for those individuals who are still running XP to warn them of the upcoming end of support for the platform.

You can’t fault Microsoft for doing nearly everything in its power to get users to move off of the decade old operating system. With April 8 quickly approaching, you better get you plans in motion if you're a Windows XP user, as you will soon be using an unsupported platform.