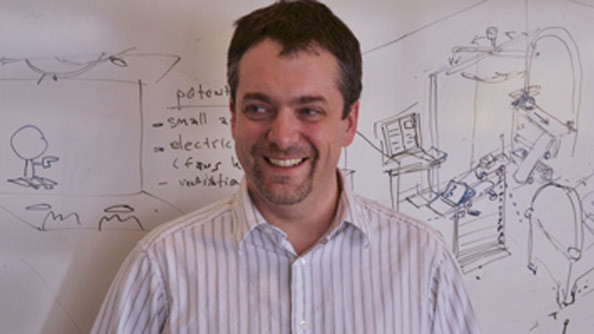 Microsoft's plans to get back into hardcore PC gaming may have hit a rather large snag. Jason Holtman, who started working at Microsoft as its new PC gaming and entertainment leader in August, has now apparently left the company.

Holtman's LinkedIn page shows that he departed Microsoft in January, less than six months after he was hired. He previously worked for over seven years at Valve, where he was the company's director of business development. He received a lot of credit and praise for opening up Valve's Steam game download service to third party developers and publishers.

We have contacted Microsoft to see if we can get an official comment on Holtman's departure and if they have hired a replacement. Ironically, the PC gaming website Rock Paper Shotgun published a new interview today with Microsoft creative director Ken Lobb, who claims that the company is highly committed to PC gaming. Lobb stated, "We’re getting very strong support internally. So we’re really going after PC." However, he did not offer any specifics on those plans, simply saying that Microsoft is "very dedicated to that space." The departure of Holtman might have put some of those plans on hold.

Update: Microsoft has sent Neowin the following statement from a company spokesperson: "We can confirm that Jason has left Microsoft and we’re grateful for his time at the company. We wish him the best in his future endeavors." In addition, PC Gamer noted that Holtman mentions his departure from Microsoft on his Facebook page shortly after our story was posted but he did not offer any details.