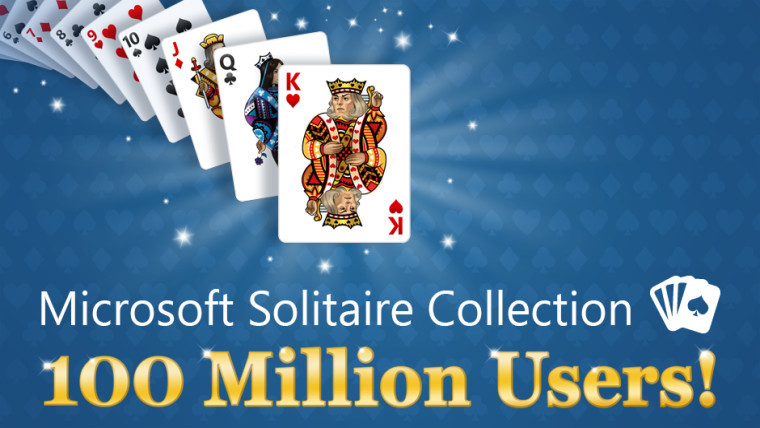 Microsoft has announced that the Solitaire Collection, an overhauled version of its card games for Windows 8 and Windows 10, now has over 100 million unique users. The company is celebrating the achievement by sharing some facts about Solitaire over the years.

Solitaire is an important game for Microsoft, and even though the company has released a few other card games over the years, the original one still remains the popular option for casual gamers. A tournament was held by Microsoft to celebrate the game's 25th anniversary last year.

According to the software giant, 55 million Microsoft Solitaire Collection games are played each day on an average. The numbers translate to 20 billion games per year, 2.29 million each hour and 38,194 each minute. Those are some enviable numbers for any casual game, even after 26 years.

Microsoft reinvented the game with Xbox Live support and has so far awarded more than 1.5 billion Gamerscore to users playing the Solitaire Collection on Windows 8 and Windows 10.

In addition to the numbers, the company has also unveiled a new game mode called Events for the casual game suite. Events will bring a social aspect to the games and reward the gamers for achievements. The mode is set to rollout this fall.