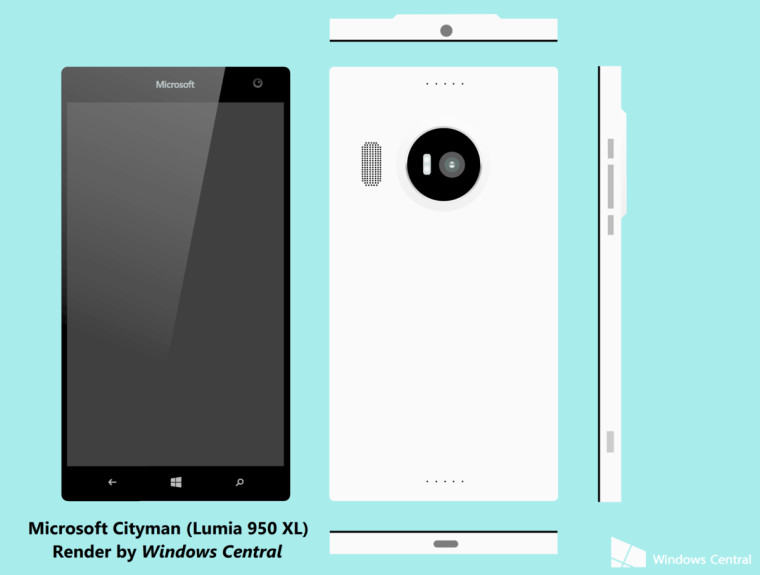 Yesterday, we finally got an idea of what the 5.2-inch Cityman and 5.7-inch Talkman devices would look like - and what you'll find under the hood. Now, prolific leaker Evan Blass has revealed that both devices will also come in a 'cyani-ish blue' shade, as opposed to just black and white in the previous report. He has also given us an indication of what Microsoft's branding will look like on the phone, confirming what we already knew - that is, the phones will come with a simple Microsoft logo at the back, much like the Surface line:

No other were colors confirmed, however.

While some readers had expressed their dismay at the lack of color options for these devices, it seems now that their fears were for naught. Indeed, Nokia often used color options as a focal point of differentiation between its Lumia line and competitors' products. It is very likely that Microsoft will follow suit and allow users to express themselves with a wide variety of color options.