Achievements are the only thing you need to keep a gamer striving towards their next goal. The premise of a few more virtual points for their effort seems to be enough to drive people to do much more. Channel 9 have realised this, and as WPCentral are reporting, are gleefully making the most of the opportunity, with their own achievement system.

While currently in beta, the idea shows a lot of promise. The coders responsible have created a Windows Phone application to go alongside their idea, and it even supports Live Tiles. This has led to the application offering a similar feature set to Microsoft's own Achievement infrastructure for the WP7, Games for Windows, and Xbox LIVE platforms. Appealingly, the service even allows you to compare the Channel 9 equivalent to Gamerscore with other users of the same service.

The app is only usable by those who have signed up to the beta for the system, but if you are not one of the beta entrants, then you still have an opportunity. The designer has invited people to get in contact via his blog, should they want to get into the beta and try the Visual Studio Achievements ahead of the pack.

The move is undoubtedly creative, but since it does have to monitor your code to verify that you have fulfilled the criteria it could lead to some questions being raised among more security-conscious coders. Images from the Windows Phone application are below: 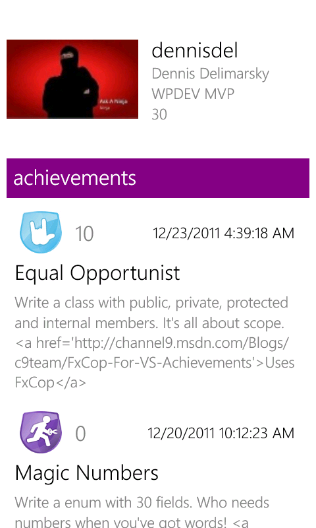 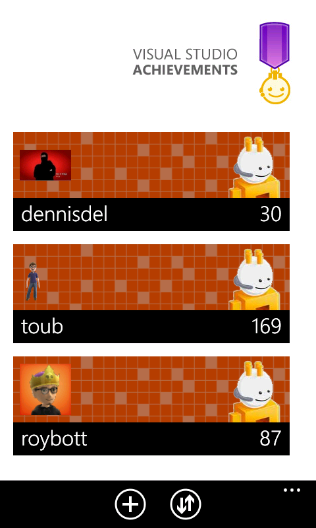 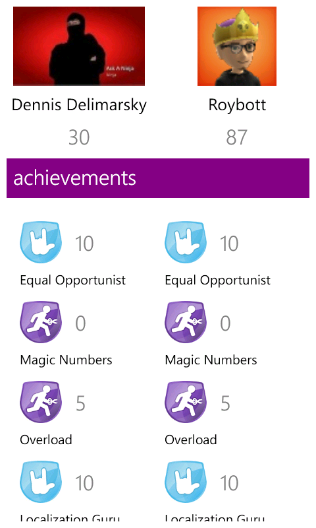