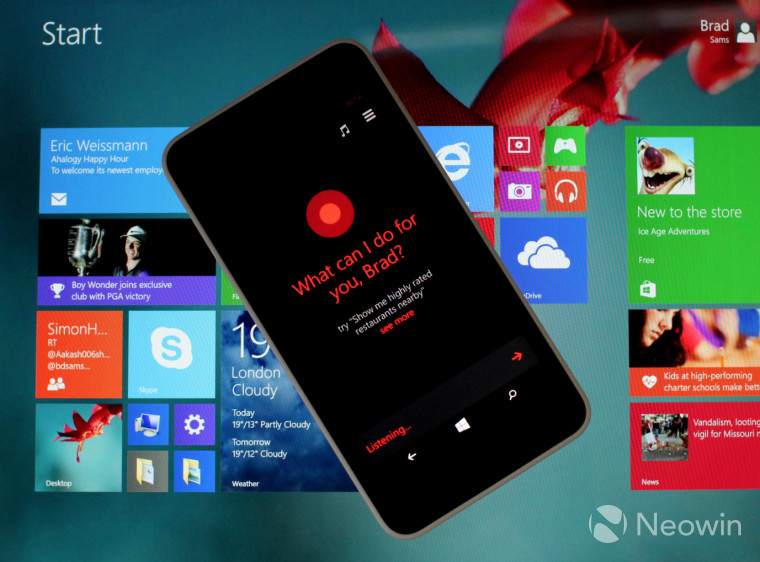 We’ve recently reported that an app called “Work Assistant” was spotted in the Windows Store featuring the Office logo as its icon. The description revealed that it is a prototype that is currently being developed by Microsoft to add Cortana-like functionality to the Office apps on Windows Phone.

Not too long ago WindowsBlogItalia posted photos of the app that is said to be developed by a team lead by Julie Larson-Green, Microsoft's chief experience officer of its applications and services team. Now a video has surfaced online at MSFTPlace, showing the ‘Work Assistant’ in action, to get an idea of what to expect.

The demo starts by asking Cortana to launch the app, which brings you to a hub of all your Microsoft documents, organized by date. From there, you have quick access to a number of help tips, and you can use voice commands to perform a quick search for a document, open, edit and share it with someone from your contact list.

The app was reportedly provided with the recent limited preview build of Windows 10 for Phones offered to select individuals, and shows that Microsoft is committed to integrating Cortana into its productivity suite. According to some sources, both the mobile and desktop versions of Office will get the new functionality.

Depending on what Windows phone you own, you might not be able to test the 'Work Assistant' app very soon, as Microsoft's Joe Belfiore has shared on his Twitter account that the Technical Preview for Windows phones will come in waves.

Source: MSFTPlace | Thank you Gabriel for the tip!