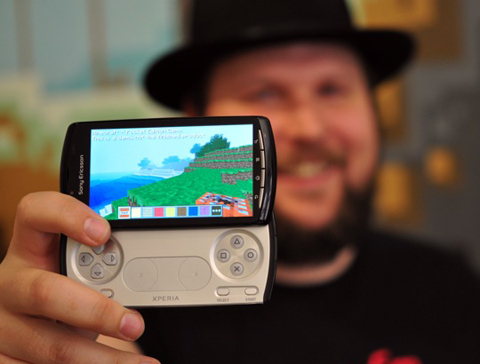 Much like the PC version of Minecraft, the Android port is being released in an early version with plans to update it with more features and content in the coming months. In a post on the Mojang web site, the game's development team says, "The first version (Alpha 0.1) will focus on the creative aspects of Minecraft. We have tried to put in the features that make sense for playing on a mobile device while still keeping the core of the Minecraft experience." There are 36 different kinds of blocks that are available in Minecraft Pocket Edition for players to use to make pretty much anything they want in their virtual worlds. You can also invite other Minecraft Pocket Edition players to join you and even save the worlds you create together on your phone.

The PC version of Minecraft has now sold over 3 million copies since it launched in 2009. In addition to the just released Android port, Microsoft will also release a version of the game for the Xbox 360 console. It is scheduled to be released sometime before the end of 2011.