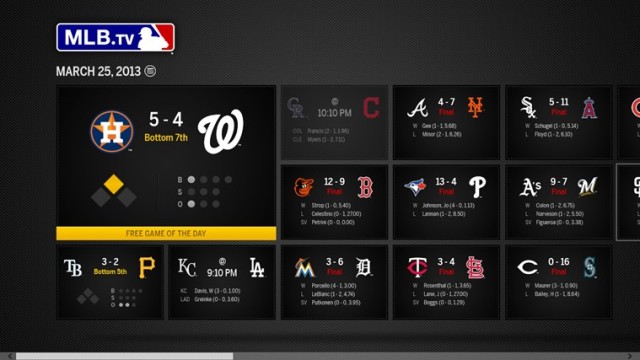 For the past few months, we have wondered why there has been a lack of Windows 8 app participation from the major pro sports leagues in the US. This week, that changed for the better with the launch of the official MLB.TV app in the Windows Store.

The app is perfect for the start of the 2013 pro baseball season, as it gives people a way to watch any Major League Baseball game, either live or on demand, with the cost of a MLB.TV Premium subscription (blackout rules will still apply). It also offers live and archived radio broadcasts of MLB games, a daily scoreboard, full team schedules and more.

In addition to the launch of the new MLB.TV app, there are a number of other Windows 8 apps that have received small software updates over the past couple of days. Here's a quick roundup of the ones that we are aware of: