Earlier this year, the United Kingdom voted to leave the European Union in its 'Brexit' referendum. The impact on the economy was immediate, with the pound sterling quickly falling to a 31-year low against the US dollar, increasing costs for many international companies doing business in the UK. As a result, numerous technology firms - including Microsoft, Dell, HP, HTC, and OnePlus - have raised their prices there.

The UK's exit from the EU is still years away from actually happening, despite the referendum result, as the country must enter a lengthy period of complex negotiations with its current European partners. The mobile industry is now warning that phone-users face the prospect of a particularly raw deal, as the EU-wide roaming framework announced last year - which has already slashed the cost of using mobile services in European countries for those on UK networks - will no longer apply to British customers post-Brexit. 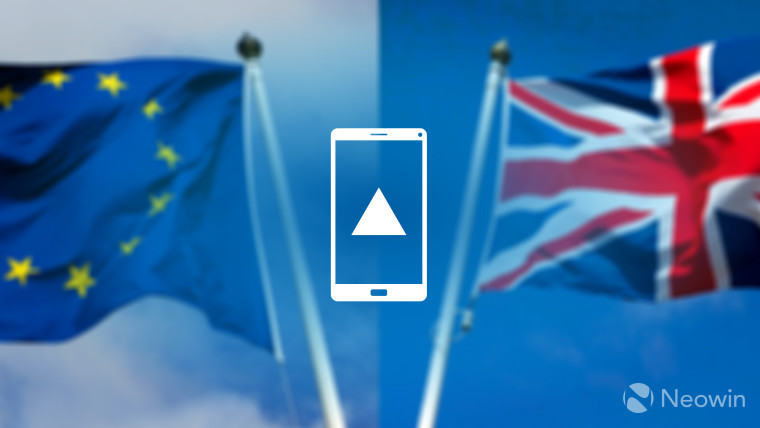 A few years ago, it was common for UK travellers to European markets to face charges of around £6-£8 per megabyte when using mobile data abroad. Such huge costs still apply to those travelling to many countries outside of the EU; for example, EE, the UK's largest mobile network, still charges up to £7 per megabyte in dozens of markets around the world, as you can see in this PDF from the network's website.

As the Financial Times reports, some carriers are already preparing for the 'worst case scenario' in which European networks would significantly raise their wholesale prices for calls and data. Industry officials warned that with the UK outside of the EU, European carriers would be free to charge whatever they wish for British customers roaming on their networks.

Negotiating favourable deals between the UK and Europe isn't as simple as it sounds. Günther Oettinger, the EU's commissioner for telecommunications policy, said that "there are obvious constraints" to establishing such agreements under World Trade Organization (WTO) rules. Unless a wider free-trade deal is in place between the UK and EU, any bilateral arrangement on roaming between the countries would also have to be made available to other members of the WTO.

The FT notes that some countries will feel little incentive to provide the UK with a good deal, given the imbalance in the numbers of people travelling between them. While 13 million Brits visited Spain in 2015, the number of Spanish travellers heading to the UK was much smaller. If few Spanish customers will benefit from such a deal, Spanish operators may not be minded to offer low prices to British customers visiting the country. Negotiations with Spain and Italy took more than a decade before those countries finally agreed to the current EU-wide roaming agreement.

A simpler approach may be for UK networks to negotiate directly with their European counterparts on commercial terms; Three has already made similar deals with several networks both within the EU and beyond as part of its Feel At Home roaming service. But without a legislative mandate to cap costs for consumers, there is no guarantee that EU carriers will offer wholesale pricing to UK operators at favorable rates.

Virtual operators (MVNOs) - such as Virgin Mobile, Sky Mobile and TalkTalk - are also likely to get a raw deal, according to one official, since their services are dependent on other networks' infrastructure, leaving them with no leverage to negotiate with European networks directly on access charges. MVNOs may therefore be more limited in providing attractive pricing on roaming services, limiting their ability to compete with the largest UK networks, and potentially driving up prices for consumers.