With the reveal of Apple's new silicon last week, there doesn't appear to be any other major event planned by Apple for the remainder of this year. Next year is looking to be an exciting time for Apple as the rest of its Apple Silicon line makes its debut.

As previously reported by hit-and-miss leaker Jon Prosser, a redesigned MacBook Air is in Apple's product pipeline. Now more solid confirmation has come from Mark Gurman, a well-known prolific Apple leaker, who indeed anticipates a complete redesign for the MacBook Air. As reported by MacRumors, gone will be the iconic wedge design that has symbolized what the Mac laptop has been known for, instead opting for a much flatter design akin to the newly announced 14- and 16-inch MacBook Pro laptops. As the MacBook Air is better known as the consumer-based Apple laptop line, it is rumored to come in different color choices mirroring those of the Apple Silicon-based 24-inch iMac. 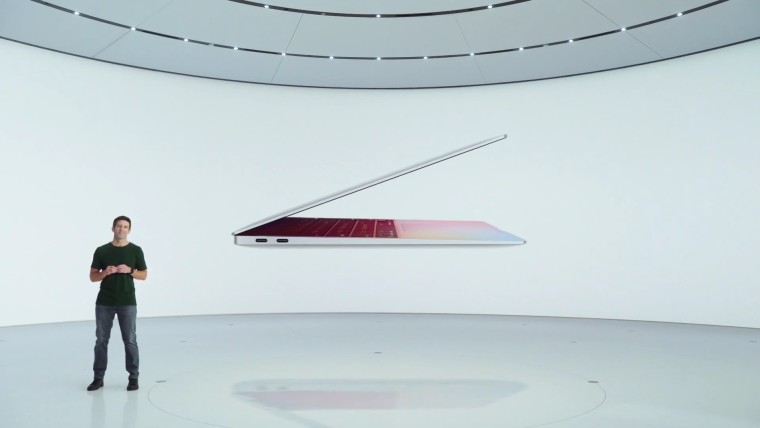 Aside from the physical exterior, hardware from the 2021 MacBook Pro will also transition over to this redesign. With the introduction of mini-LED, or Liquid Retina Display XDR, making its first appearance in the Mac line last week, it will now also appear in the MacBook Air. Although it remains uncertain if the MacBook Air will also receive the dynamic 120 Hz refresh rate in the display panel, the screen upgrade to traditional LCD/LED to mini-LED will be a welcomed addition. Akin to the 24-inch iMac, it seems the bezels around the display will also be "off-white" in color instead of the traditional black. At this time, it is uncertain if the MacBook Air will receive a prominent notch like the new MacBook Pro line.

The redesigned MacBook Air is set to debut around 6 to 8 months from now.