October 23rd, 2021 marked the 20th anniversary of the most iconic music player in history, the iPod. Apple's once leading music product has seen sales of over 400 million units to date as reported by Cult of Mac. Although there had been rumors swirling about a Fall 2021 revision of the iPod Touch, nothing has come of it quite yet. Even though the iPad has been relegated to a product buried in the Apple Store online not immediately apparent to purchase, it has seen such popularity through the years that more than 10 models in total ranging from the original iPods, iPod minis, iPod shuffles, and iPod nanos have been released.

Blog writer from Panic, Cabel Sasser, has shared a first look at a very early prototype of the original iPod intended to mask the actual product design while development was occurring. Having seemingly aged through the years, what was most likely a white body has now taken on a yellowish appearance. 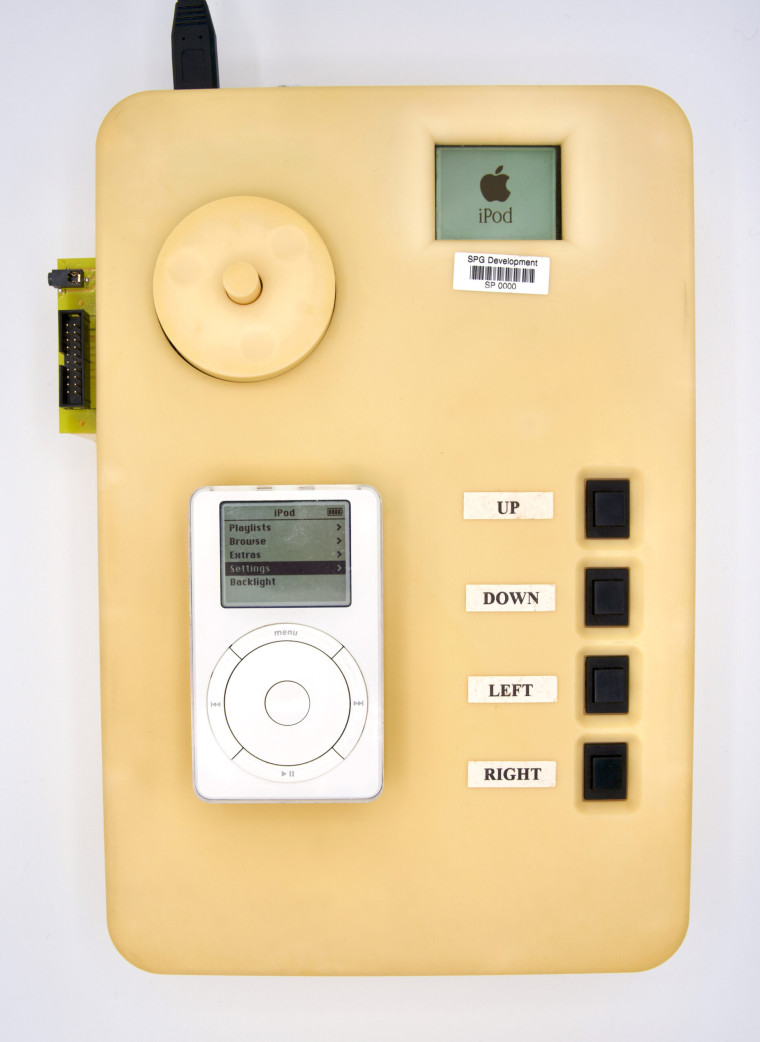 Despite the behemoth size of this unit, it shares a display identical in size to the original consumer iPod. The prototype unit also included a standard headphone port as well as FireWire like the original iPod. A large scroll wheel was featured at the top left of the unit which, according to one of the founders of the iPod Tony Fadell, was poorly functional.

This is a P68/Dulcimer iPod prototype we (very quickly) made before the true form factor design was ready. Didn’t want it look like an iPod for confidentiality - the buttons placement, the size - it was mostly air inside - and the wheel worked (poorly) https://t.co/qeNMHMmVsc

Other parts of the button interface include an Up, Down, Left, and Right selection that may have corresponded to Menu, Play/Pause, Back, and Forward respectively.

Despite the lack of similarity in physical aesthetics between this prototype and the original iPod released, the unit does date to September 3rd, 2001 indicating a date close to the release of the original iPod on October 23rd, 2001.

For more pictures, and a much more detailed look at the prototype unit, check out the Panic's blog.