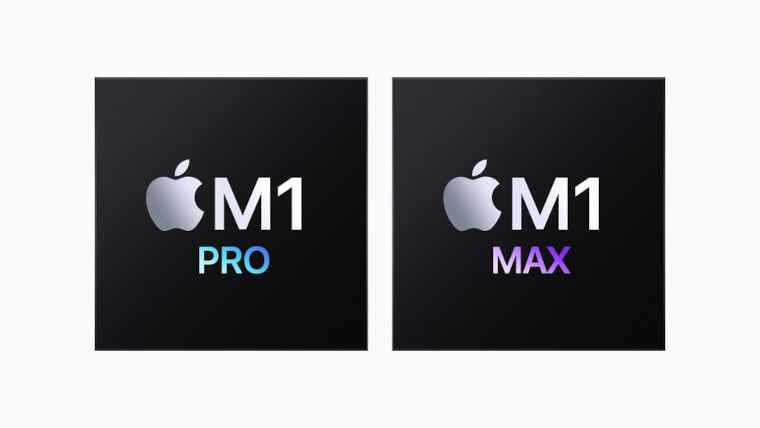 Apple has unveiled two new chips for its Mac computers, the M1 Pro and M1 Max. Both of these chips are more powerful than the M1 chip which the company released in its products last year. The new chips boast good performance and industry-leading power efficiency, making them ideal for the companies new MacBook Pro line-up.

In terms of hard numbers, the CPU in the M1 Pro and M1 Max delivers a 70% performance increase compared to the M1. Software developers using these chips will notice intensive tasks such as Xcode compilation complete even faster than before. The GPU in the M1 Pro is two times faster than the one in the M1 while the M1 Max’s GPU boasts a performance increase of four times – this latter chip will be ideal for users with demanding graphics workflows. 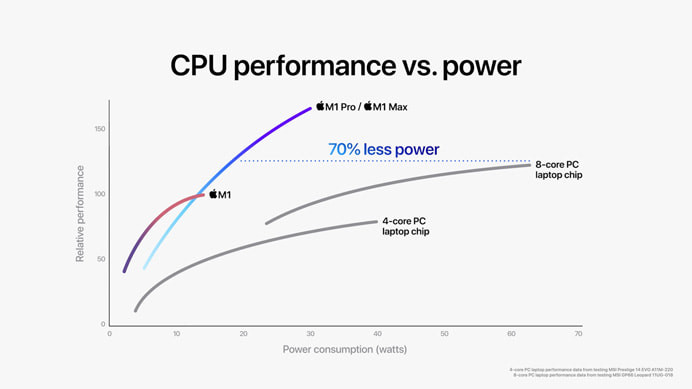 “M1 has transformed our most popular systems with incredible performance, custom technologies, and industry-leading power efficiency. No one has ever applied a system-on-a-chip design to a pro system until today with M1 Pro and M1 Max. With massive gains in CPU and GPU performance, up to six times the memory bandwidth, a new media engine with ProRes accelerators, and other advanced technologies, M1 Pro and M1 Max take Apple silicon even further, and are unlike anything else in a pro notebook.”

While Apple’s M1 chip was already able to achieve good performance while using less power compared to other PC chips, it was still outperformed by modern 8-core PC laptop chips on performance (but not energy efficiency). The new M1 Pro and M1 Max blow the 8-core PC laptop chips out of the water in terms of both power consumption and performance. The new chips use 70% less power which means the battery in the new MacBook Pros should last longer compared to other computers.

As many of the purchasers of the new MacBook Pros will be professionals who have to edit video, Apple ensures that these new chips can do video processing while maximising battery life. To achieve this, the M1 Pro comes with dedicated acceleration for the ProRes video codec which allows for the playback of multiple streams of 4K and 8K ProRes video while sipping at the battery. The M1 Max provides two times faster video encoding compared to the M1 Pro and features two ProRed accelerators. The new M1 Max can now transcode ProRes video in Compressor ten times faster than the previous-generation 16-inch MacBook Pro.

Apple said that it’s now one year into its two-year transition to using Apple Silicon on all of its computers and that the two latest chips represent a “huge step forward”. We are still waiting on a chip upgrade for the 27-inch iMac and the Mac Pro so maybe we’ll hear more about these products next year.