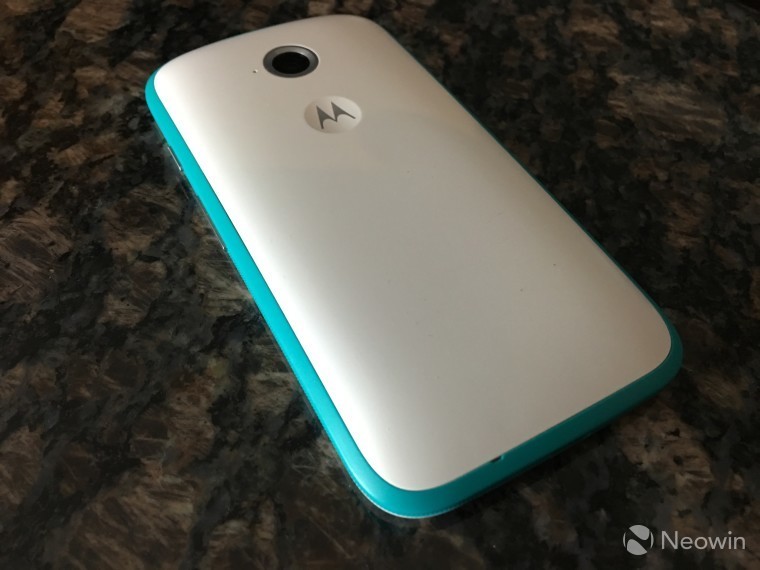 The second generation Moto E was launched more than a year ago, and just as it was looking like a dead end for the series, a device called Moto E3 Power was spotted on the Wi-Fi Alliance's website yesterday. 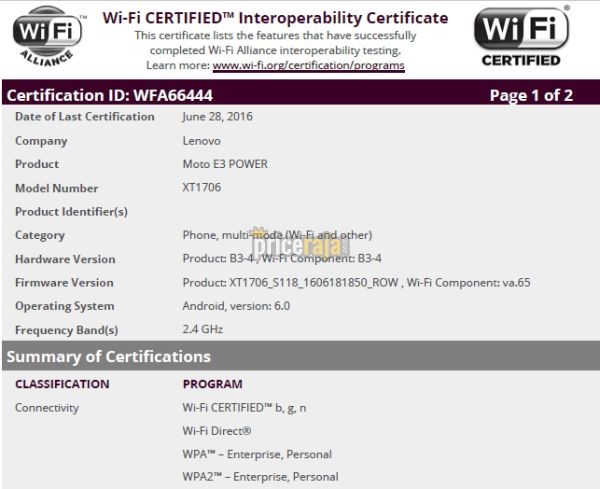 According to the certification listing, the Moto E3 Power features the model number XT1706 and runs on Android Marshmallow. GSMArena has reported that the device is one of two devices which were spotted on GFXBench with the same model number three months ago.

The XT1706 model will allegedly feature a 5-inch screen with 720p resolution, a MediaTek MT6735P quad-core chipset, 2 GB of RAM, 16 GB of storage, an 8-megapixel rear camera and a 5-megapixel front camera.

Given the device's "Power" branding, Lenovo could be planning to launch two Moto E devices based on the battery capacity. Nothing can be confirmed based on the information available to us currently, but since the device has received Wi-Fi certification, Lenovo might be close to launching it.