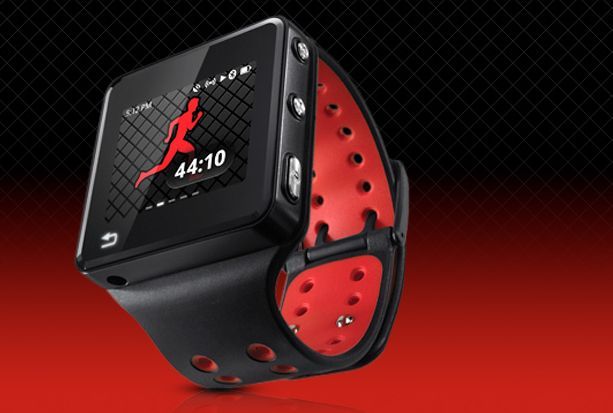 Motorola was expect to announce a new Android-based smartphone today and it did exactly that in the new Droid RAZR. But Motorola also announced another new product that was something of a surprise: the MotoActv, a MP3 player that's also a fitness device.

The MotoActv is designed to be worn on the wrist or arm. At its most basic use, its an MP3 player that can hold up to 4,000 songs. But the device is designed to be used as a way to track your fitness regimen. It records a number of personal stats while you train, including time, distance, speed, heart rate and calories burned. You can upload those numbers from the MotoActv to the official MotoActv.com web site. The site will generate charts and provide a number of tools and programs to make sure you stay on track on your workout program. You can even get workout help on your Android-based smartphone, including the Droid RAZR, on the free MotoActv app.

One cool thing this wrist training device does is use your music library to help you in your workout. The press release states, "The smart music player learns what tracks motivate you most by measuring your performance against your music and then uses those songs to create your personal high-performance playlist."

The device goes on sale on November 6 in a variety of retail outlets. There will be two different versions of the MotoActv. The 8 GB version will be priced at $249 while the 16 GB version will cost $299.