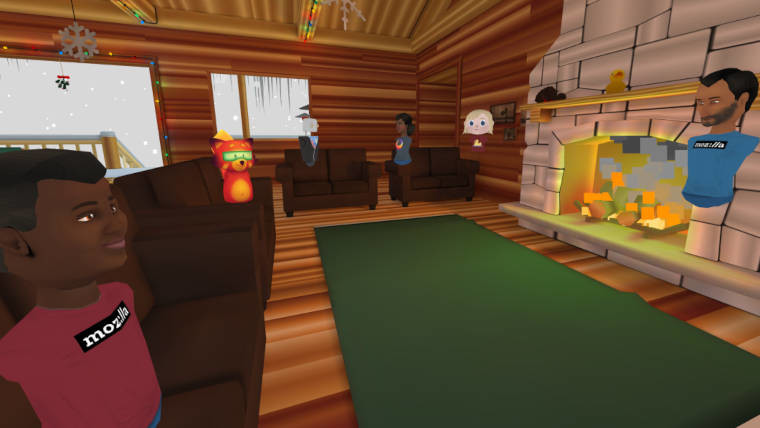 Mozilla has announced a new update for its Hubs project that lets you chat with your colleagues, friends, and family in a virtual environment in which you can move about. The service first launched in 2018 but has now received one of its biggest updates yet with a new chat sidebar, a streamlined design on desktop and mobile, and a support forum so you can get the best experience from Hubs.

Before today’s update, any chat messages typed in a hub disappeared a few seconds after they were typed which was not great if you needed messages to stick around for the duration of a meeting. To remedy this, Mozilla has added a little chat button along the bottom pane which, when clicked, opens up a sidebar that shows messages from the moment you joined the hub.

At its inception, Mozilla Hubs was imagined to be a service that you’d use wearing a virtual reality headset. In reality, Mozilla has found that the vast majority of those joining Hubs are visiting from their desktop or mobile devices. To make the experience better, Mozilla has developed a UI for both desktop and mobile users which makes the service easier to use.

The final improvement to Hubs in this update is the ability to ask questions on the Ask a Question forum. By heading over to Hubs Help you can access a variety of help pages that may solve problems you have, but if not, you can now ask the community a question and get answers.

If you’ve never used Hubs before or want to see the new experience, just head over to hubs.mozilla.com and invite your friends for the best experience.