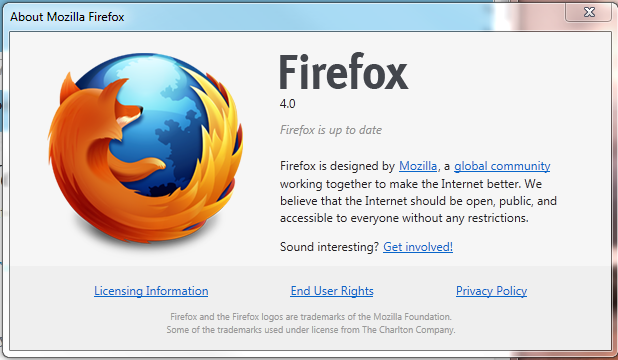 After needing to release a second Release Candidate just over a week ago, Mozilla has finally signed off on version 4.0 and made it available to the public ahead of the official launch date of March 22.

The Firefox website has yet to be updated, but we expect this will happen within the next 24 hours.

The final version of Firefox 4 was originally scheduled to ship in November 2010, but repeated delays saw the release schedule revised on more than one occasion.

Based on the Gecko 2.0 engine, Firefox 4 sports an all new user interface, new ways to organize tabs, a revamped add-on manager, support for HTML5 video standards, multitouch support on Windows 7 and a range of performance and security enhancements.

Mozilla has indicated a desire to move to a faster release schedule following Firefox 4, with mozilla.org co-founder and Mozilla CTO Brendan Eich telling developers that users could be running the fifth version of Firefox just months after Firefox 4 is released.

But for now, you can grab Firefox 4 at the links below; we also have an extensive topic about Firefox 4 in our forums, as well as member submitted custom styles and tweaks for the browser here.

Thanks fr33k for the tip in Back Page News.