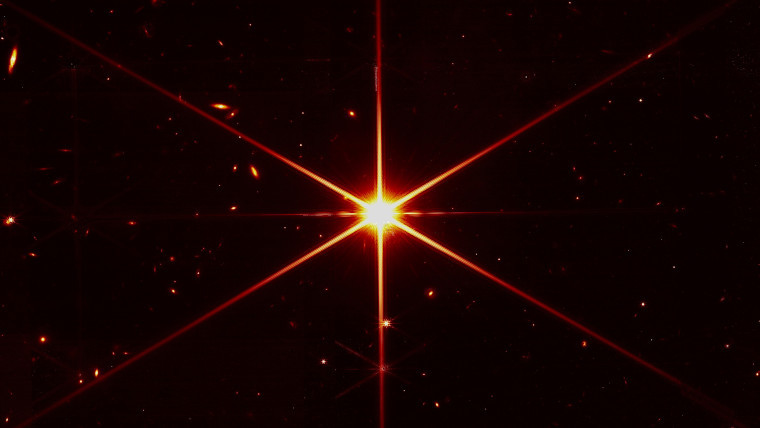 NASA has announced that it has successfully aligned the optics of the James Webb Space Telescope (JWST) almost three months after it blasted off from Earth. To demonstrate the capabilities, the team took an evaluation image of a star called 2MASS J17554042+6551277 and after applying a red filter to optimise the picture, it looks great.

With the image in hand, NASA was able to confirm that the telescope’s optical performance will be able to meet or exceed the science goals that it was created for which is very positive news given the delicacy or the equipment. This part of the mission, which is called fine phasing, was completed last Friday but the news is only just being shared. The agency said no critical issues or measurable contamination of Webb’s optical path were found.

“More than 20 years ago, the Webb team set out to build the most powerful telescope that anyone has ever put in space and came up with an audacious optical design to meet demanding science goals. Today we can say that design is going to deliver.”

For those of your out there wondering when JWST will be fully ready to begin its scientific work, NASA said that the first full-resolution imagery and science data will be released sometime in the Summer – so between June 21 and September 23.