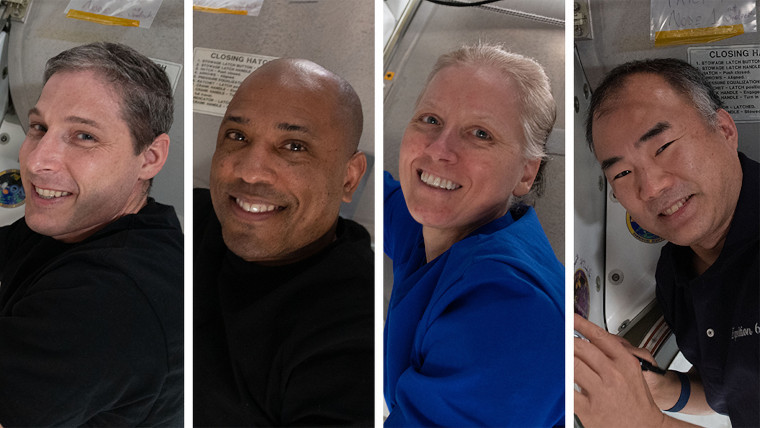 The American space agency NASA has announced that it will be live streaming the return to Earth for the NASA SpaceX Crew-1 mission from the International Space Station. NASA astronauts Michael Hopkins, Victor Glover, Shannon Walker, and JAXA’s Soichi Noguchi are set to splashdown in the Gulf of Mexico at 11:36 a.m. EDT on Saturday, May 1.

The Crew Dragon spacecraft which will be returning the astronauts is dubbed Resilience and will undock from the ISS at 5:55 p.m. following the hatch closure at 3:50 p.m. NASA TV will stream the hatch closure from 3:30 p.m. and the undocking from 5:30 p.m. It will then provide continuous coverage until the following morning when the craft finally lands back in the gulf. Following the return, NASA will hold a news conference from the NASA Johnson Space Center in Houston at 1:30 p.m. You can find the NASA TV stream on the agency’s website.

According to NASA, the undocking and splashdown were originally slated for Wednesday, April 28, but due to weather conditions expected in the splashdown zones, the return has been delayed. The agency and its commercial partner SpaceX will continue to monitor the weather forecasts to ensure that the return can still go ahead on Friday night.

There are currently 11 people on the space station which is several more than we usually see up there at any one time. This is because the SpaceX vehicles take four astronauts up at a time rather than the three that Soyuz vehicles are able to carry and the arrival of two crews in quick succession. The latest crew arrived at the ISS on April 21 aboard the Crew-2 Dragon.