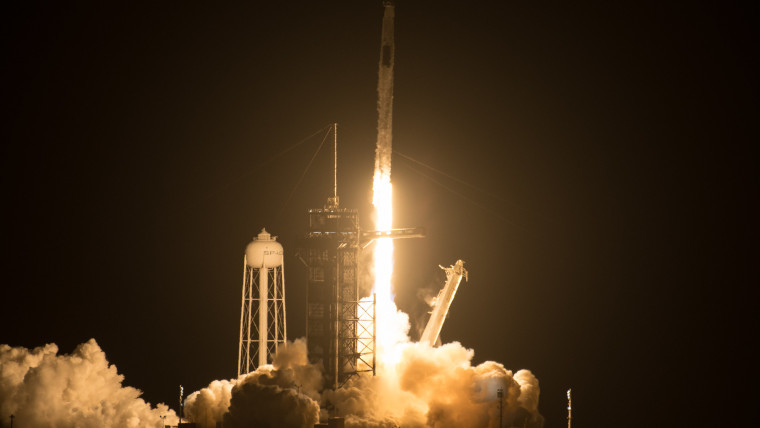 NASA has announced that astronauts aboard the SpaceX Crew-2 Dragon are now in orbit following an early morning launch and are headed for the International Space Station (ISS). This is the second time a SpaceX Crew Dragon craft is taking astronauts to the ISS.

The rocket, which launched at 5:49 a.m. EDT on Friday from Launch Complex 39A at NASA’s Kennedy Space Center in Florida, is carrying NASA astronauts Shane Kimbrough and Megan McArthur, JAXA astronaut Akihiko Hoshide, and ESA astronaut Thomas Pesquet. Their time aboard the ISS will last six months while they perform various science experiments and ISS maintenance.

You can see the launch highlights and post-launch coverage in the video below:

“It has been an incredible year for NASA and our Commercial Crew Program, with three crewed launches to the space station since last May. This is another important milestone for NASA, SpaceX, and our international partners at ESA and JAXA, and for the future of scientific research on board the space station. It will be an exciting moment to see our crews greet one another on station for our first crew handover under the Commercial Crew Program.”

The astronauts are set to autonomously dock at the ISS’ Harmony module nearly 24-hours after launch at 5:10 a.m. EDT on Saturday. The docking, hatch opening, and welcoming ceremony will be live-streamed on NASA’s website. Once aboard, there will be 11 astronauts and cosmonauts on the ISS but four of them are set to depart back for Earth after a couple of days so it shouldn’t be too cramped up there.