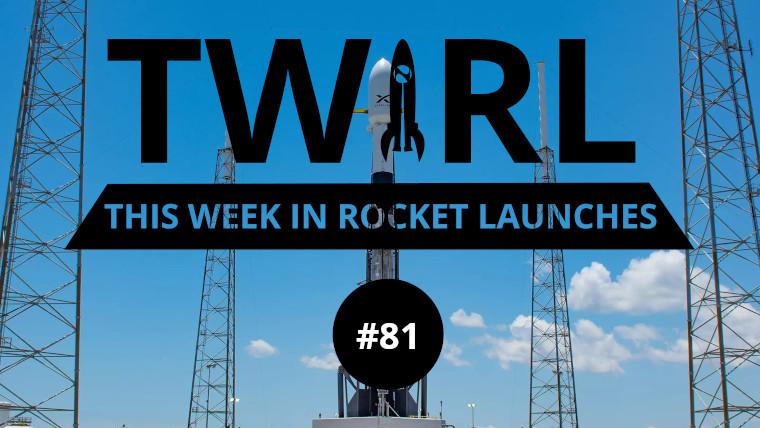 This week, we have quite a number of satellite launches to cover from SpaceX, Arianespace, China, and Firefly Aerospace. There is also the possibility that we will see the launch of the Artemis I mission on Monday or Tuesday. So far, it has been plagued by delays due to last minute issues that engineers will have to address before launch. If it doesn’t go ahead this week, we could be waiting until October.

SpaceX will launch a Falcon 9 rocket carrying 51 Starlink satellites at 2:09 a.m. UTC on Monday from Cape Canaveral. The launch will also be carrying Spaceflight’s Sherpa LTC-2 space tug, which will be carrying Boeing’s Varuna demo mission. The Varuna demo will test a V-band comms system for Boeing own constellation of broadband satellites – though, smaller than SpaceX’s constellation at just 147 satellites. You can tune into the launch of SpaceX’s website.

Also on Monday, we could see the launch of NASA’s Space Launch System carrying the Artemis I mission. We’ve discussed this at length in TWIRL 80, and you can keep up-to-date with what’s going on in this article.

Next, Arianespace is planning to launch an Ariane 5 ECA+ rocket in a mission labelled VA258. The payload will be the Eutelsat Konnect VHTS comms satellite. It will provide fixed broadband and in-flight connectivity services across Europe. It was built by Thales Alenia Space and is owned by Eutelsat. It’s unclear what time it will take off, but it will launch from French Guyana.

On Wednesday, China will launch a Long March 2D rocket carrying three Yaogan-35 satellites to space. They are remote sensing satellites and will be used for scientific experiments, land and resources surveys, agriculture, and disaster prevention and mitigation. The launch is due at 4:00 a.m. UTC from the Xichang Satellite Launch Center.

On the weekend, SpaceX will be sending up another group of Starlink satellites with the BlueWalker 3 satellite for AST SpaceMobile. The satellite will connect to smartphones and other devices to deliver broadband speeds. It’s a 1.5 tonne satellite and has a 64-square-meter phased array antenna that will unfold to begin providing connectivity. This mission is due to take off at 11:51 p.m. and will be viewable on SpaceX’s website.

The first launch we got last week was SpaceX’s Falcon 9 carrying Starlink satellites to space.

That’s all we have this week, be sure to check in next week.