Last year, developer Hi-Rez Studios announced it had acquired the rights to release new games in the classic Tribes sci-fi shooter series. In 2012, their first game, Tribes: Ascend, will launch as a free-to-play multiplayer shooter for the PC. The closed beta test for the game begins today and Neowin has 25 beta codes that we want to give to some lucky readers. 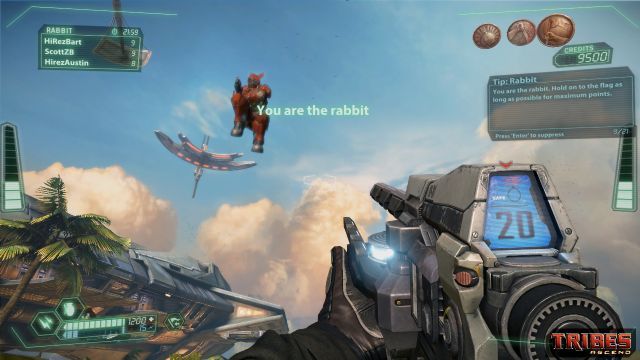 The closed beta build of Tribes: Ascend will include two initial class options, the Soldier and the Ranger, but players will be able to permanently unlock 10 additional classes. There will be two gameplay modes in the closed beta (CTF and Rabbit), three vehicles and more. Additional content and features will be added to the closed beta in the coming weeks and players invited into the closed beta will have their character rank, class unlocks, and skill progression preserved when the game moves into its open beta mode and later into its full release.

This new giveaway is open to everyone worldwide. We will randomly select 25 winners and email them the beta codes along with instructions on how to download the beta client. There are three ways to enter and you can enter once per day.

The contest will end on Monday, November 7 at 11:59 pm EST. We would like to thank Hi-Rez Studios for providing us with the Tribes Ascend closed beta codes for this newest giveaway. Good luck.