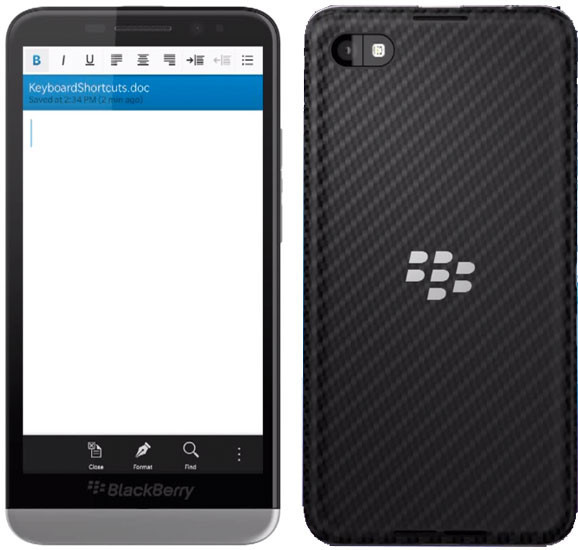 Blackberry's struggle against iOS, Android and Windows Phone devices has been met with many shortfalls and few victories; however, the once giant smartphone maker is rumoured to be preparing to launch another flagship device by the end of this year.

Previously rumoured to be the A10, recent leaks indicate the device is to be called the Z30 and be the successor to the current flagship--the Z10. The Z30 is said to have a 5 inch 720p Amoled screen with a Qualcomm SoC, a 1.7GHz dual-core Krait CPU and a quad-core Adreno GPU as well as 2GB of RAM.

It's not a massive upgrade from the Z10, which had similar specs save the GPU and the screen, and even those come with some downfalls with the device having worse PPI than the Z10 at the same resolution. It is, however, not wholly unexpected: the phablet market which had been created by Samsung and it's Galaxy Note Series has proven to be extremely profitable, with other prolific phone manufacturers such as Apple and Nokia allegedly considering devices of their own.

As with many mobile hardware launches, the device is rumoured to launch with the next iteration of the BlackBerry 10 software, 10.2. This update is supposed to bring Android 4.2 support to the device as well as introduce actionable notifications and other improvements to the OS.

However, it is safe to safe that BlackBerry 10 has not been the runaway success the company desperately needs, with a slow launch and below-average results in Q2 2013.

With nothing to lose, the Z30 might just be the company's iPhone or 1020... or it's next PlayBook. Only time will tell.