Intel appears to be preparing another ten core processor to add to its recently launched Comet Lake-S desktop lineup. This new CPU labeled the Core i9-10850K has been spotted by prolific leakster APISAK on Geekbench v4.3.3. Since this is a slightly older version of Geekbench, its best not to look too much into the scores of the CPU, however, the specifications of this new, yet to be announced processor is definitely worth noting.

The Core i9-10850K appears similarly spec'd to the already available 10-core, 20-threaded i9-10900K in terms of cores, threads, and cache memory. The base and boost clocks, though, are both being reported 100MHz lower than the 10900K, at 3.6GHz and 5.2Ghz, respectively. So in terms of the overall performance, there really shouldn't be much of a difference between the two, and the new i9-10850K could end up offering a far better value depending on how much lower Intel prices this part. 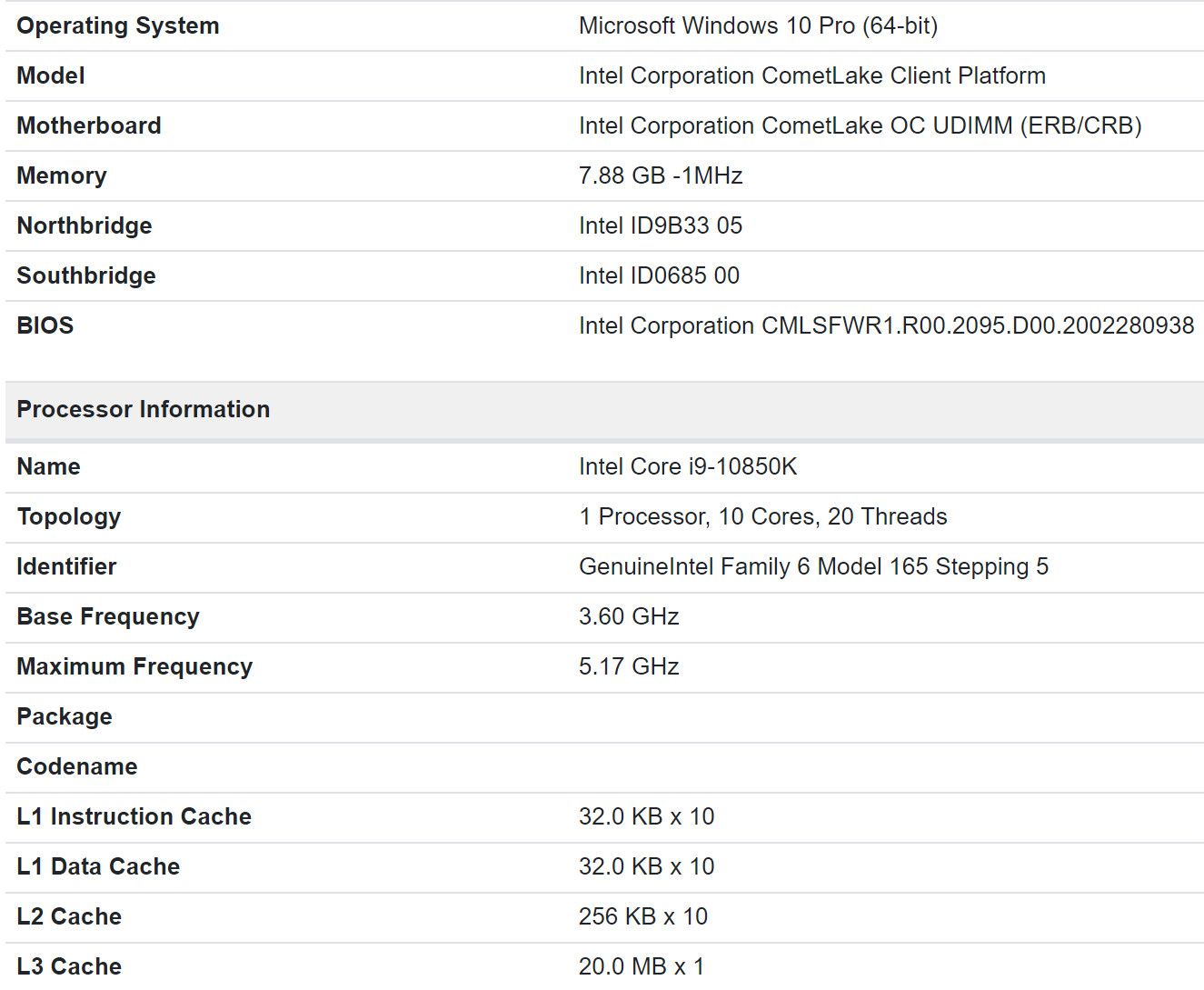 Since this is seemingly an unlocked (K) part, it should allow overclocking on a Z490 chipset LGA 1200 socket motherboard. Additionally, it also means the TDP of the processor will be 125W and it most likely won't come with a boxed cooler.