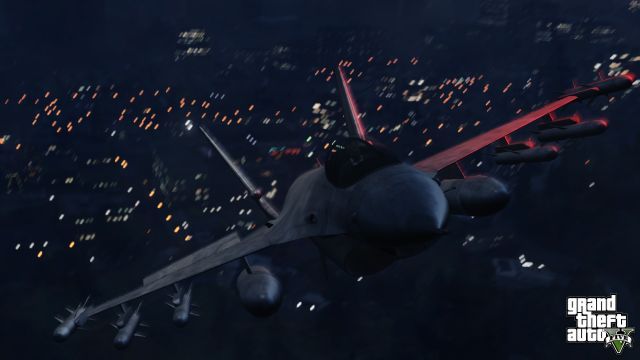 Grand Theft Auto V is still largely a mystery in terms of its content. We do know that the next game in the hugely successful open world action game series will take place in the fictional California city of Los Santos (based on the real Los Angeles) but aside from a brief trailer and a few more screenshots, publisher Rockstar Games has kept news about GTA V down to a minimal.

Today, the official Rockstar Games website posted up three new, if a little blurry, screenshots of GTA V. One of them features a bicycle, while another has a sports car (with a "San Andreas" license sticker). The final screenshot shows, well, a fighter jet. Yes, it looks like you will be able to do your best impression of Tom Cruise in the game (hopefully without "Goose" dying).

Rockstar Games claims that will be "more to come" later this week on the GTA V front. Hopefully this means some actual info about the game, or perhaps a new trailer. It's been close to a year since Rockstar has released the first gameplay trailer for Grand Theft Auto V and we are certainly overdue for a big media and/or info dump in some form.