Chinese website PCBeta has posted up images of another leaked build of Windows 8, build 8158. This time showing off an updated "Longhornesq" charm bar on the right side of the screen, and unlike the Windows Developer Preview, it's brought out by bringing the mouse to bottom-right of the screen. 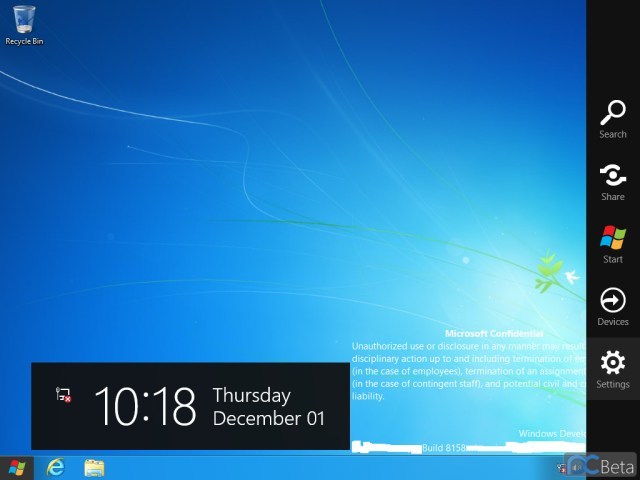 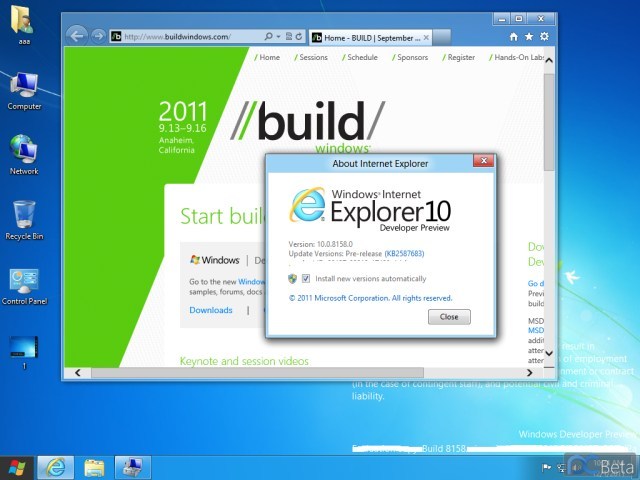 The above screenshot is interesting for one thing alone; finally silent updates of Internet Explorer will be possible with a "Install new versions automatically" option. We can only guess if browser updates will still require a full restart of Windows though! 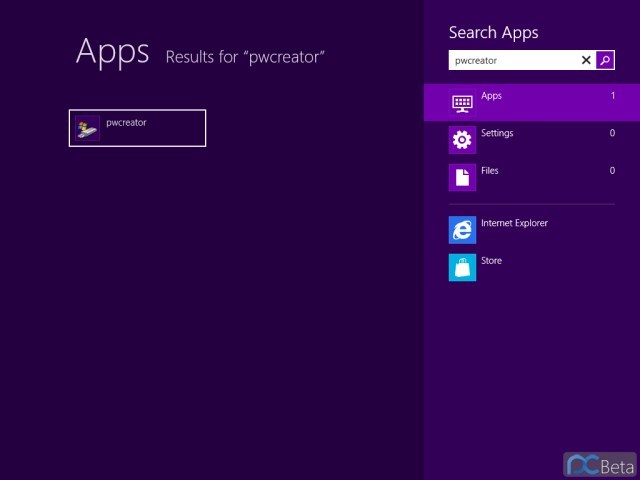 The fact that the Control Panel icon has been placed on the desktop by the leakers of these screenshots, could mean that accessing it from the Start button is still a tedious exercise for desktop users, perhaps indicating that it still links to the Metro styled "apps" screen as shown in another screenshot included in the gallery (below).

Over on the My Digital Life forums, notorious leaker canouna also showed off a desktop screenshot of a later build, stamped 816x (last is number hidden) which shows the charm bar can also be transparent on the desktop. 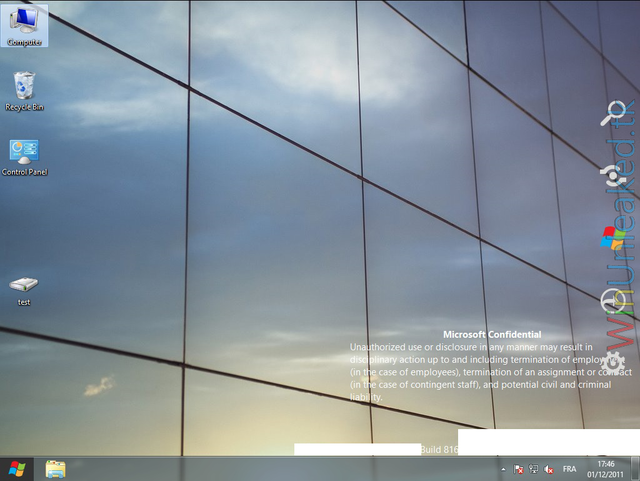 It would be interesting to know a little more about the Charm bar and it's reasoning for even being there, possibly as a compliment to the Metro styled Start Screen? In time we'll all have a chance to try it out for ourselves when the beta lands, around January or February 2012.

And in case you were wondering if you could get this to work on the Windows Developer Preview, yes it's possible! Thanks to @Vasudevg for the tip!

Images credit: PCBeta & MDL. Thanks to FaiKee for the tip.