Earlier this week, Neowin revealed that a near-final build (12492) of the new Windows 10 preview for phones was being distributed internally to a group of around a thousand testers within Microsoft. The company has promised to make its first preview available this month, and as its launch grows ever closer, screenshots have now surfaced that appear to show an even newer build. 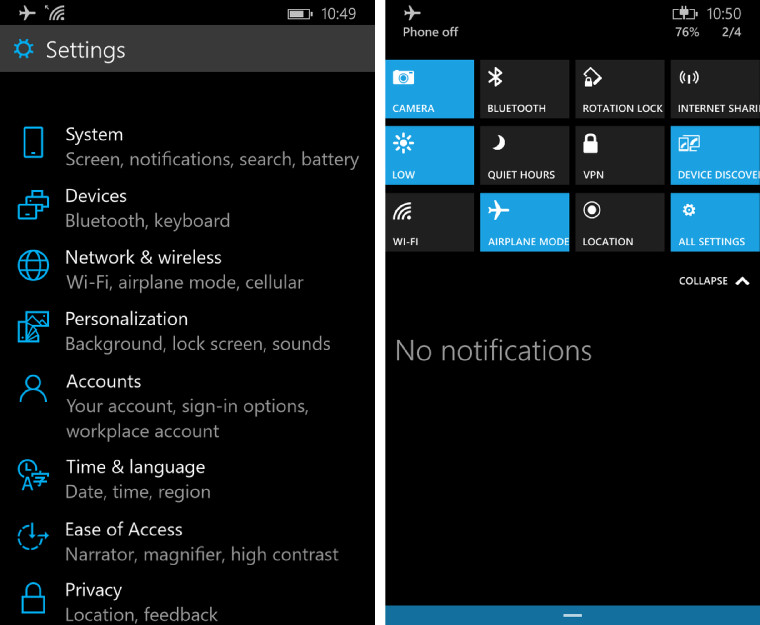 The new and better organized Settings screen is shown in one image, while another shows the updated Action Center, which now allows users to add more than one row of customizable buttons - a feature that was first seen at Microsoft's Windows 10 event last month. 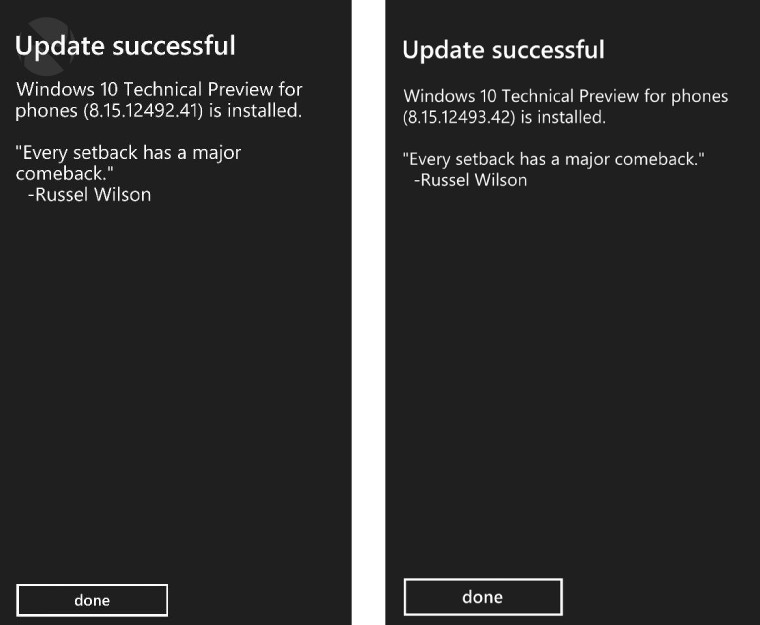 A third screenshot (shown above right) reveals that the images were apparently captured in build 8.15.12493.42; assuming the image is genuine, this build would be very slightly newer than the one we reported on this week, 8.15.12492.41 (above left).

The images certainly appear authentic, matching up with what we know about the new OS. The 'Update successful' screen contains the same quote - "Every setback has a major comeback" - that we reported on previously.

While this would be easy to copy in a faked image based upon our report, it's worth noting that the newer screenshot contains the same typo - spelling 'Russell' with one L rather than two - as build 12492, which we saw on Tuesday. Since this detail was not included in our report, it would seem to support the credibility of the new images.

Microsoft has still not set a firm date for the release of its first Windows 10 Technical Preview for phones - but with near-complete builds now circulating to testers, and beginning to leak, it won't be too much longer until it's officially available.