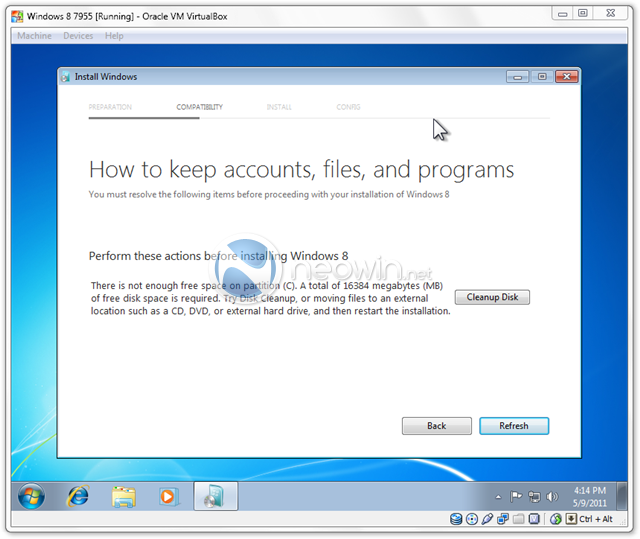 It has been two weeks since Windows 8 build 7955 leaked to the Internet. The particular image that leaked that day was an extracted install.wim combined with the Windows 7 installer, so the new installer graphics which were first revealed here were not present. Since that day, we also had a leak of build 7959, but now it's time to pay another visit to build 7955 as an updated build with the new installer surfaces. As a reminder, build 7955 is considered a pre-M3 build.

The updated build originated from BetaArchive and was reposted by a MyDigitalLife member. This build contains "installprep.exe" in the "sources" folder, which was missing from the first leaked build of 7955. Currently only the Windows-based installer is accessible via this build; the new Metro-styled boot-from-disc installer is not present. 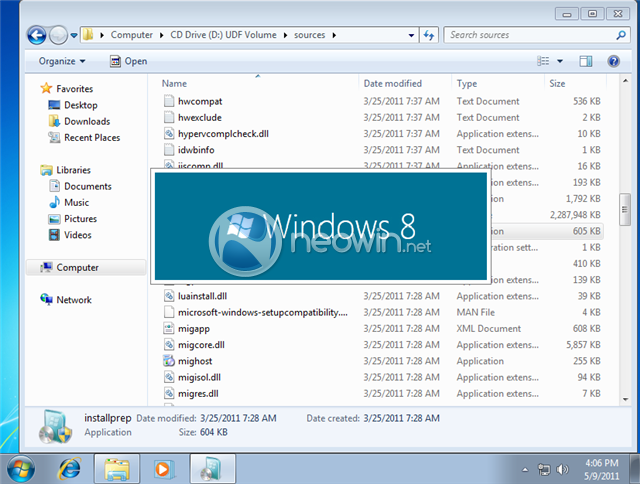 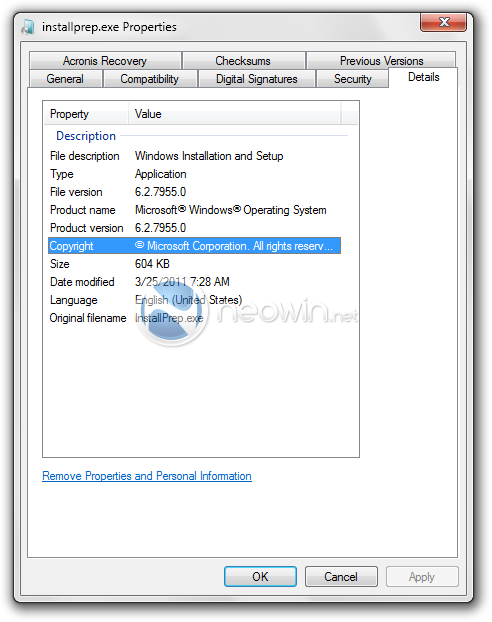 The notes from this leak are as follows:

I know you all waited to download it from BA but their FTP is so slow now that you don't want to use it again, hehe, so I made a torrent with the iso. The key only bypasses the installation, you need a Beta or RC key from Windows 7 to activate this build! This is not as original as we would like it to be (because doesn't have Digital Signature - thanks to canouna for noticing that) but at least it has the new installation process!

You can unlock the following:
- Ribbon UI
- Application Folder
- Full DWM (no blur)

Besides the new installer, this build contains no new additions or features. There are whispers of another leak to happen in the next few days, according to a few sources. Neowin will cover the new leak when it hits the Internet. In the meantime, the prospects of further leaks down the line before Windows 8's rumoured public beta this coming fall remain in doubt, as employees face termination over leaked Windows 8 builds.