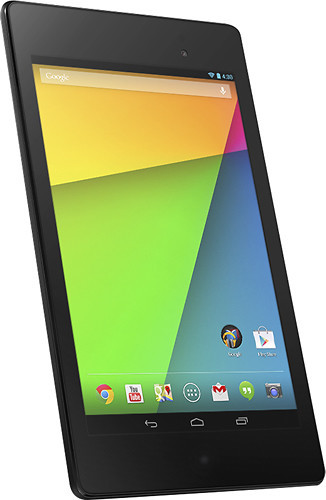 Google announced that its Nexus 7 tablet is now available with 4G LTE built in. It's on sale immediately through the Google Play Store but will be coming to T-Mobile stores in the U.S. in October.

Nexus 7 with 4G LTE is now available on Google Play in the US [https://t.co/sY5XhbGDGP] and is coming to US T-Mobile stores in October!

This Nexus 7 comes with WiFi, 4G LTE, 32GB of storage, and a 7-inch display. It appears to be exclusively sold with a T-Mobile SIM, however the device does come unlocked allowing for some other options if you wanted to shop around a bit for a carrier. There's incentive to sign up with T-Mobile though, since the device also comes with one month of free data through the network with no obligations — up to 2GB of 4G. The tablet ships for free as well for a limited time.

It'll set you back $349, but the Nexus 7 with LTE still a pretty good deal especially with the shipping and T-Mobile offers. You can grab it in the Google Play Store. If you don't need a tablet right away, you might consider waiting until Sept. 23 for Microsoft to make some exciting new Surface announcements or (allegedly) October for Apple to refresh its line of iPads.